Dogecoin (CRYPTO: DOGE) was trading about 2.41% higher on Wednesday afternoon following Bitcoin (CRYPTO: BTC), which was trading back up over a support and resistance level at the $39,489 mark. Bitcoin could be breaking up from a daily bull flag pattern, charted by Benzinga on Monday, which would, in turn, be bullish for Dogecoin.

Dogecoin bulls and bears may be waiting to see the final text of the infrastructure bill which could negatively affect the crypto space if it includes forcing brokers to report to the IRS. On Wednesday, Sen. Durbin (D-Illinois) said he expects the bill to pass the Senate this weekend or Monday.

See Also: How to Buy Dogecoin • Step by Step

The Dogecoin Chart: The wildly popular Shiba Inu-themed cryptocurrency has been hovering around the 20-cent mark since July 21 when it broke up bullishly from a descending trendline that had been holding it down since June 4.

Although Dogecoin remains a top trending cryptocurrency on Twitter, the crypto hasn’t been given much attention in the form of buyers or sellers recently. On Wednesday afternoon Dogecoin’s volume stood at just 1.67 million compared to its 10-day average of 8.70 million. 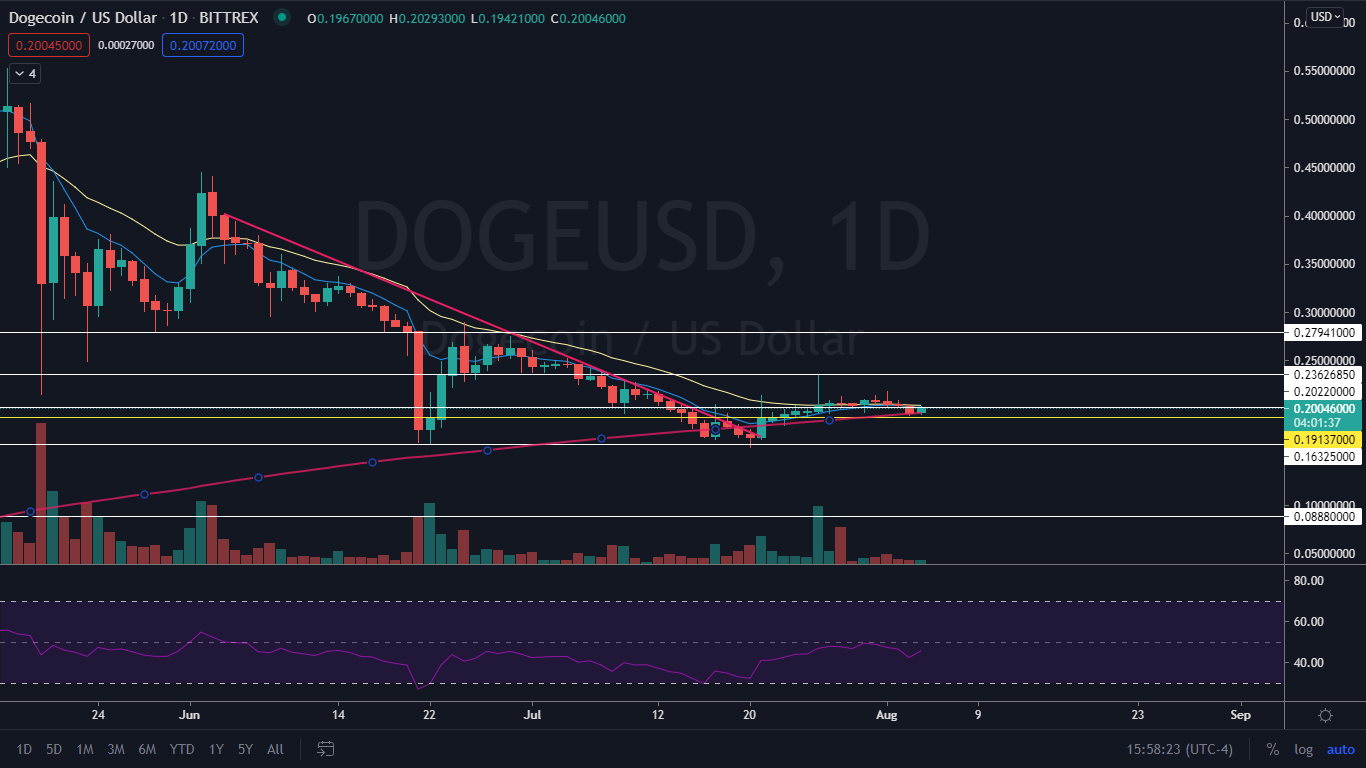 © 2021 Benzinga.com. Benzinga does not provide investment advice. All rights
reserved.

Dogecoin Jumps 22% in a Week Amid Twitter Payments Speculation