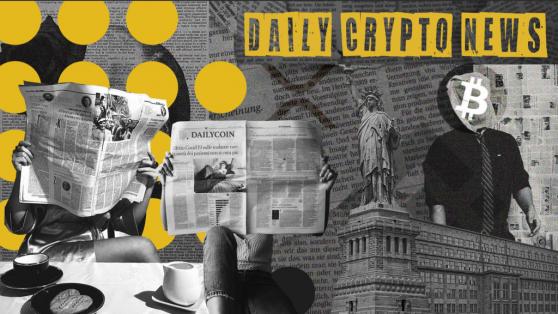 Vote on the Infrastructure Bill Postponed to Tuesday, and May Come into Effect Without Friendlier Crypto Amendments.

The US Senate has moved the final vote for the original $1 trillion Infrastructure bill, that aims to collect $28 billion from crypto taxes, to Tuesday. The majority of senators agreed to finalize discussions on Tuesday, as voting on Saturday ended without a consensus on amendments. Some of the amendments offer to exclude BTC miners from tax requirements.

The crypto space has been highly critical on the concept of different taxation rules applying to Proof-of-Work (PoW) and Proof-of-Stake (PoS) businesses:

The price of gold dropped sharply to below $1,700 per ounce on Monday morning, recording the largest drop in a single day since the start of its decline in June. The main reasons are that the US unemployment rate shrank to 5.4%, while wage growth intensified.

In the meantime, the digital gold, Bitcoin, rallied to test the $45K resistance line on Sunday.

This is the biggest price peak BTC has experienced since May. Bitcoin is now up by 18% since June 28th, the same period in which gold began to drop.

Today, Whale Alert noticed one billion more being minted and sent to the TRON network. As we reported in the August 6th digest, the stablecoin is losing its positions to main competitors: Circle’s USDC, and Binance USD (BUSD). Moreover, Tether’s supply has increased by 2x since the beginning of this year, while the two main competitors increased by 6x and 12x respectively.

Cardano’s Testnet for the Alonzo Update is Onboarding Users

Alonzo’s Purple update was probably the second anticipated event in the crypto world, after Ethereum’s London hard fork. As the latter happened a handful of days ago, the focus of the community has shifted to the major update of the fifth largest crypto.

According to the Input Output Twitter account (IOHK being the driving force behind ), the upgrade has begun onboarding users for the testnet. Previously, the environment was only available to a closed group of 500 users. Once the onboarding process is finished, the hard fork will happen. NFT minting is already available on the network, while the full support of smart contracts is expected to arrive at the end of this month.