Home Dogecoin Why Bitcoin, Ethereum, and Dogecoin All Popped on Monday

Cryptocurrency prices roared higher in Monday-morning trading, with Ethereum (CRYPTO:ETH) up 3.7% since midnight Sunday, Bitcoin (CRYPTO:BTC) up 4.4%, and Dogecoin (CRYPTO:DOGE) doing best of all — up 5.9% as of 10:45 a.m. EDT.

And you may have Washington, D.C., to thank for it. 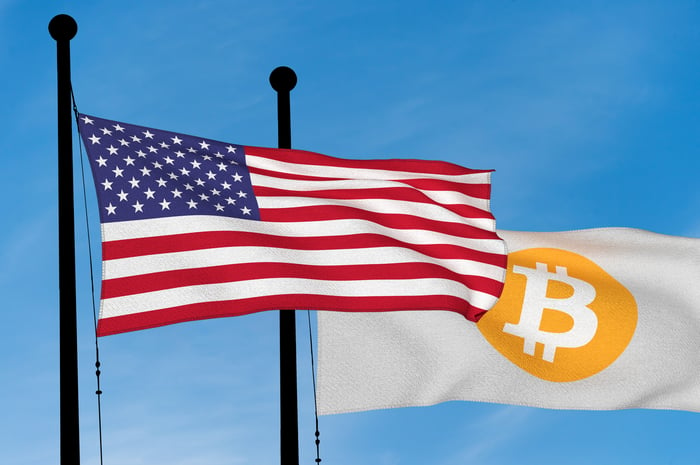 For the past few weeks, cryptocurrency investors have been riveted by goings-on in the capital city, where the United States Senate is pondering passing a $1 trillion infrastructure bill.

Last week, Senate leaders such as Democrat Ron Wyden of Oregon and Republican Pat Toomey of Pennsylvania began trying to pass amendments to ensure that only actual “financial intermediaries” would be required to report crypto transactions under the definition of “brokers” subject to this requirement — and that crypto miners, software developers, and transaction validators would not have to so report. At last report, the infrastructure bill had passed a procedural vote without these amendments, and it is headed for a final vote on Monday or early Tuesday.

Now, that all sounds pretty bad for cryptocurrency investors — so why are Bitcoin, Dogecoin, and Ethereum prices heading higher?

Because, as Politico reports today, the real importance of what (almost) happened in the Senate last week isn’t that the cryptocurrency lobby didn’t (quite) win its battle over legislative language. It’s that it was able to provoke “an intense infrastructure bill brawl between Bitcoin advocates, Congress and the White House,” proving that all of a sudden, cryptocurrency is “a new power player in Washington,” and one that now has powerful allies on Capitol Hill.

Plus, all is not lost in the battle over the definition of what constitutes a cryptocurrency “broker.” The fight over this definition in the Senate has drawn in powerful allies outside Washington, ranging from public corporations to venture capital firms to Square (NYSE:SQ) boss Jack Dorsey, who on Sunday rallied his 5.6-million-follower Twitter (NYSE:TWTR) army to lobby legislators to fix the infrastructure bill’s “‘Crypto Tax Reporting’ provision”:

To @RonWyden, @SenLummis, @SenToomey, @MarkWarner, @SenRobPortman, @SenatorSinema, @TedCruz, respective staff & everyone who’s worked on the Infrastructure Bill “Crypto Tax Reporting” provision: thank you for your work to get this right.

May we offer a workable simplification?

That lobby-army may have lost a battle in the Senate Sunday night, but as Politico points out, even if the infrastructure bill is passed as-is by the Senate, it still must survive a House vote and probably reconciliation between the two legislative bodies — two more chances to get the “broker” definition tightened up.

With cryptocurrency now recognized as “more of a force than anybody ever anticipated,” argues Politico, you shouldn’t count the crypto lobby out just yet.

What is Dogecoin & How Does it Work? DOGE for Beginners