Home Cardano Cardano’s Alonzo Is A Sure Thing By DailyCoin 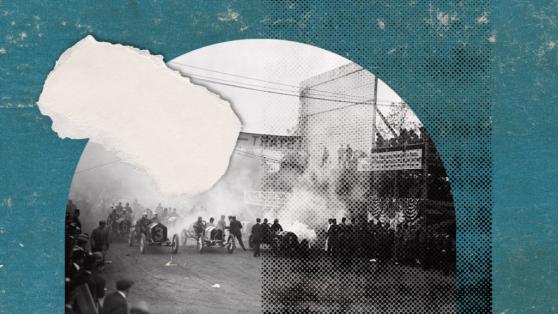 Cardano’s Alonzo Is A Sure Thing

On paper, blockchain projects can be the ultimate killers, except they are unproven until they meet the harsh market demands. Cardano’s analytical and research-driven development created an industry hysteria of presumption. Reflecting on the question “what if?” Cardano crafted a confident project reflection which, according to the latest IOHK update, will be fulfilled starting September 12th.

The Cardano team is ending the mysticism behind the 4th cryptocurrency by market capitalization after announcing the inclusion of smart contracts in the Alonzo hard fork. When successfully released, the Cardano blockchain will unlock new features already existent on Ethereum, such as DeFi or NFTs. IOHK addressed the upgrade, tweeting that Alonzo will be completed through a hard fork combinator (HFC) event.

Alonzo’s implementation has followed a testing process, including color-coded stages such as Alonzo White, Blue, and Purple. Each color was designated to support more testnet users, Alonzo White being the first smart contract testnet with only 500 people accessing the functionality. Purple is the first publicly available testnet allowing users smart contract interactions and code testing, including stake.

In a Twitter video, Charles Hoskinson addresses the blockchain’s progression, noting Alonzo Purple was “a lot smoother than Byron and Shelley,” saying the process has been redefined to faster ecosystem implementation. However, Cardano’s announcement generated market turmoil with the price of ADA nearing its previous all-time high, registering a price of $2.25 according to CoinMarketCap. Moreover, ADA, the native token of Cardano, briefly flipped the Top 3 coins by market capitalization ranking 3rd before retracing to the 4th spot.

New projects have failed to challenge Ethereum’s market domination. Blockchain communities are built around technology and the number of believers helps increase the value by constantly reaffirming its status. The meticulous development of Cardano helped build a thriving and strong community. Yet, the cult-like behavior propagated in the community is damaging for the universal growth of the network as it is financially derived.

While Cardano did not match Ethereum’s functionalities on one to one range, it did launch blockchain initiatives to prove the resilience of its network. Cardano’s African quest aims to build a technological foundation by developing digital identities that can be “linked to payment systems,” incentivizing Cardano adoption and creating a new 5 trillion dollar economy.

In a Bloomberg interview, Charles Hoskinson addressed industry concerns that Cardano has been developing the blockchain for several years without notable results; however, Cardano’s peer-reviewed approach strives for the larger goal of implementing blockchain on a country level.

Yet, Cardano is getting closer to emulating Ethereum as it will have the same functionalities but with lower fees and faster transaction times. Ecosystems such as Polygon, Binance Smart Chain, , or TRON have all tried to lead the blockchain space by addressing existing shortfalls in Ethereum such as TPS or scalability. Yet, Ethereum is still preferred by developers and users despite its high network fees.

Cardano must exceed all industry expectations if it aspires to engage in the ‘flipping’ discussion. While the ‘flippening’ cannot occur in an instant, Cardano needs to lead trend discussion and developer preference in the new blockchain epoch.

Why You Should Care?

Cardano is the fourth-largest cryptocurrency by market capitalization at the time of press, yet it does not have any functional use cases to fully justify its presence.