Surreal. That’s perhaps the best way to describe the performance for Shiba Inu (CRYPTO:SHIB). The digital token skyrocketed in the ballpark of 37,000,000% over the last 12 months. And that’s after pulling back roughly 50% since late October.

There’s bad news, though. Anyone who didn’t buy Shiba Inu prior to fall 2021 is too late to the party to make those kinds of ginormous gains. Sure, the coin has some potential catalysts this year that could cause it to move higher. But don’t look for another seven- or eight-digit return going forward.

Is there good news? Yep. If you missed out on Shiba Inu, here’s another cryptocurrency to buy now. 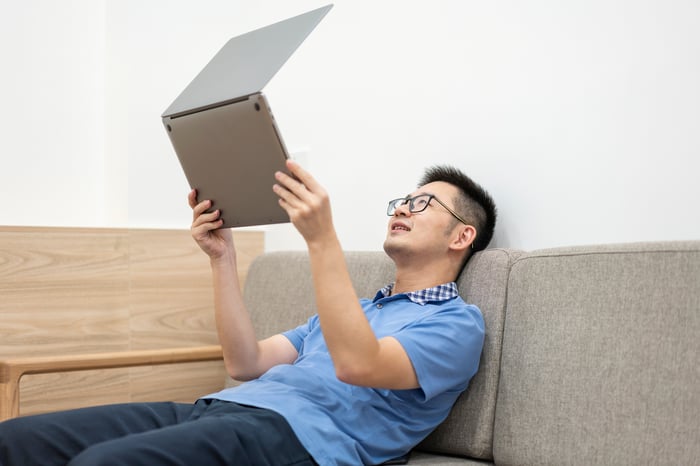 Going against the grain

Kadena (CRYPTO:KDA) might seem like a surprising pick as a potential next breakout cryptocurrency at first glance. Its blockchain uses the proof-of-work (PoW) protocol, which tends to be painfully slow at times, not very energy efficient, and can have high transaction fees.

However, Kadena’s developers knew the downsides to the PoW protocol from the outset. They designed the blockchain in an innovative way, using a “chainweb” that addresses the limitations of most PoW architectures.

Who are these developers? Stuart Popejoy and Will Martino built JPMorgan‘s first blockchain. Popejoy headed up the firm’s Emerging Blockchain group, while Martino had served as the tech lead for the Cryptocurrency Steering Committee of the U.S. Securities and Exchange Commission (SEC). They launched Kadena in 2016.

The expertise and connections that Popejoy and Martino give Kadena an edge that many up-and-coming cryptocurrencies don’t have. But, as the TV infomercials say, “Wait, there’s more!”

These two founders also recruited Dr. Stuart Haber to be a top advisor to Kadena. Haber is the co-inventor of blockchain. If you read Satoshi Nakamoto’s whitepaper that set the stage for Bitcoin and kicked off the crypto revolution, you’ll find that Haber is cited more than any other author.

Kadena isn’t going to take off because of the caliber of the people involved with its development, though. However, there are several reasons why the cryptocurrency should have tremendous prospects.

Put scalability and speed at the top of the list. Kadena (the company behind the cryptocurrency) maintains that its platform can process a staggering 480,000 transactions per second with 20 chains in its Chainweb architecture. That speed could even increase as more chains are added to the network. By the way, Kadena’s energy efficiency increases as it scales up as well.

Kadena’s use of the PoW protocol gives it a more proven level of security than many newer cryptocurrencies that use the proof-of-stake (PoS) protocol. Any high-profile security issues with PoS-based coins could work to Kadena’s benefit.

Another key advantage is Kadena’s use of the Pact language for smart contracts. The company says that “Pact makes designing safer smart contracts effortless.” That’s exaggerating somewhat, of course. However, Pact does enable automatic detection of bugs — a huge plus compared to other platforms.

Developers have a lot to like about Kadena. The use of the PoW protocol gives it the security of Bitcoin. But Kadena’s unique architecture gives it impressive scalability and speed with low costs and arguably “smarter” smart contracts.

Could Kadena really be another Shiba Inu? There’s no way to be sure. Kadena has been a big winner (up more than 8,600% over the last 12 months) but hasn’t come close to delivering the kind of gain that Shiba Inu has so far.

However, Kadena clearly offers quite a few advantages to developers of decentralized applications. Plans to increase the number of chains on the network to 100 would almost certainly catch the eyes of even more developers.

Perhaps no cryptocurrency will skyrocket in 2022 as much as Shiba Inu did in 2021. Kadena, though, appears to be an intriguing pick for anyone who missed out on those massive gains.