Home Shiba Inu Looking for the Next Shiba Inu? Check Out These 2 Cryptocurrencies


Give the dog its due. Shiba Inu (CRYPTO:SHIB) vaulted out of nowhere to deliver the most jaw-dropping gains of any cryptocurrency in history.

But the meme coin’s sizzle has fizzled in recent months. Sure, Shiba Inu has bounced back somewhat. However, some investors could be wondering if they’d be better off focusing their attention (and money) on up-and-coming digital tokens.

If you’re looking for the next Shiba Inu, you might want to check out these two cryptocurrencies. 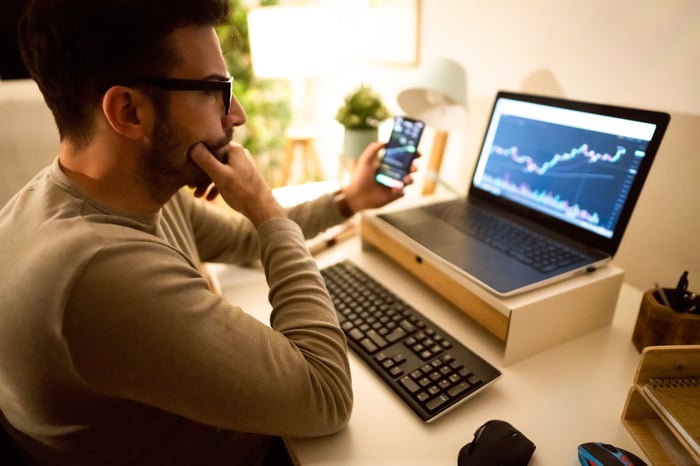 Kadena (CRYPTO:KDA) is by no means a meme coin like Shiba Inu. That’s not surprising, considering its roots with financial-services giant JPMorgan. Stuart Popejoy and Will Martino built JPMorgan’s first blockchain before launching Kadena in 2016.

Why consider Kadena? It claims to provide “the security of Bitcoin, virtually free gas, unparalleled throughput, and smarter contracts.” And that’s not just hype.

Are Kadena’s smart contracts really smarter than rivals? Yes — in one important way, at least. Kadena’s programming language Pact makes it easier for developers to design smart contracts. And it automatically detects bugs, helping to avoid potential security exploits that other blockchains face.

Hedera‘s (CRYPTO:HBAR) native HBAR token is another “anti-meme coin” of sorts. If you think Kadena has a blue chip connection, you’ll probably be blown away by Hedera’s ties. Hedera is owned and governed by 26 large organizations, including Alphabet, Boeing, and IBM.

Unlike Kadena, Hedera’s network is built on a proof-of-stake (PoS) protocol. Some PoS blockchains are susceptible to security issues. However, Hedera’s hashgraph consensus approach (which stores data in hashes within a graph instead of in blocks) offers the highest level of security possible.

Could Kadena or Hedera be the next Shiba Inu? Probably not. History doesn’t repeat itself. There might never be another cryptocurrency that skyrockets like Shiba Inu has.

However, both Kadena and Hedera could have a lot of room to run. Kadena’s market cap currently stands at $1.3 billion, while Hedera’s market cap is around $4.5 billion. They both offer key advantages that developers should appreciate. If more developers jump aboard, the prices of their respective tokens should rise accordingly.