Home Dogecoin Dogecoin must hit this price level before DOGE can begin a new...


Dogecoin price continues its slow bleed and trend of creating new lower lows. Of all the major cryptocurrencies, DOGE is almost singular in the length of time it has spent in its most recent downtrend – which is now almost 300 days (291 to be exact). But that may end very, very soon.

Dogecoin price may end its current downtrend within the next five days, finds support against the lower trendline of a falling wedge pattern

Dogecoin price could be in for a significant shock around February 28 or March 1. One of the ‘maxims’ in technical analysis is that price will often move in proportion to time. An example of this would be consolidation. The longer a consolidation pattern, the more dramatic and extended the breakout. The inverse of that relationship is also true.

Since the most recent all-time high on May 8, 2021, Dogecoin price has continued to slide lower and lower. The spike that preceded the all-time high began in early November 2020 and was proportional to Dogecoin’s range between December 2018 and May 2021.

The time range equivalent from November 2020 to May 8, 2021 rally reaches its equilibrium point on February 28/March 1. Dogecoin price is already close enough to the end of this time cycle to begin a new bullish expansion phase – but first, it needs to break out above some key resistance clusters. 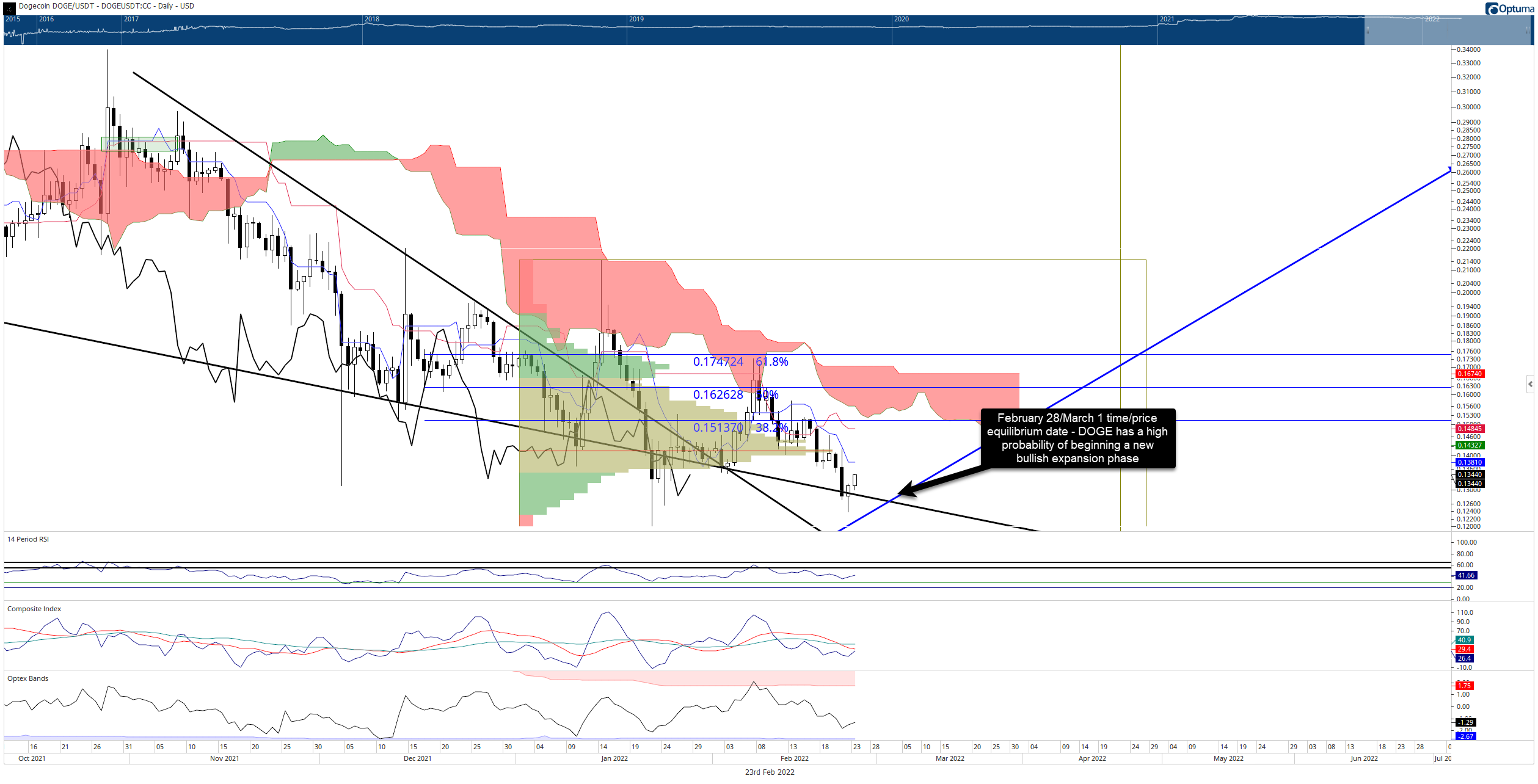 A large cluster of Fibonacci and Ichimoku resistance above Dogecoin price spread out between the $0.145 and $0.175 value areas. Therefore, if bulls want to confirm a time and price move that would initiate a new bull run, then bulls need to close DOGE on the daily chart at or above $0.175. From there, DOGE will have an easier time moving higher than lower, with $0.250 as the primary target.

Downside risks remain significant. DOGE can very easily (and without warning) collapse towards the $0.09 value area at the current price range due to nearly non-existent trade volume between $0.12 and $0.09.