Home Dogecoin Litecoin Creator Praises Dogecoin, Can The Token Get Its Bark Back?


In the midst of fast-paced vacillations between Polkadot (DOT), Terra (LUNA), and DOGE, Dogecoin (DOGE), a cryptocurrency project that began as a joke but has now taken on a far more powerful persona, continues to compete for a place in the top 10 cryptocurrencies by market capitalization.

Last year, Dogecoin went through two bullish stages. While the first leg was sparked by Robinhood’s adoption of the meme coin, the second was spearheaded by Tesla CEO Elon Musk, who earned the moniker “Dogefather” for his unwavering support for Dogecoin. Many observers believe that the ‘Elon Musk effect’ is the lone bullish thesis for Dogecoin because Musk’s persona has such a strong influence on the meme coin’s prospects. Now, Litecoin creator has praised the meme coin, calling Elon Musk great.

Charlie Lee, the founder of Litecoin, one of the most valuable crypto assets by market capitalization, has praised Dogecoin, a popular meme coin, for its contribution in mainstreaming the crypto business.

He thinks that the most popular meme cryptocurrency is ready to attract a large number of new users.

Given the role both have played in bridging the gap between the crypto industry and the general public, his praise for Elon Musk and Dogecoin is expected.

On his Twitter page, SpaceX CEO Elon Musk has discussed digital assets multiple times. Apart from that, his electric car firm, Tesla, now takes Dogecoin as a form of payment for its goods.

DOGE plunged 35% after starting to fall on January 16 and remained below the December 4 low of $0.128 until last week. Following the dip, the token has consolidated around the $0.14 demand zone, and continued buying momentum over the next 24 hours might push price up to the 50-day simple moving average (SMA) at $0.16. There is also the possibility of reaching $0.194, which is where the 100-day SMA is located.

However, crypto investors who bought at the highs haven’t fared well in the last nine months.

According to CoinMarketCap data, the Dogecoin price has plummeted by 81% since May 8th. 1 Doge is presently worth 14 cents. 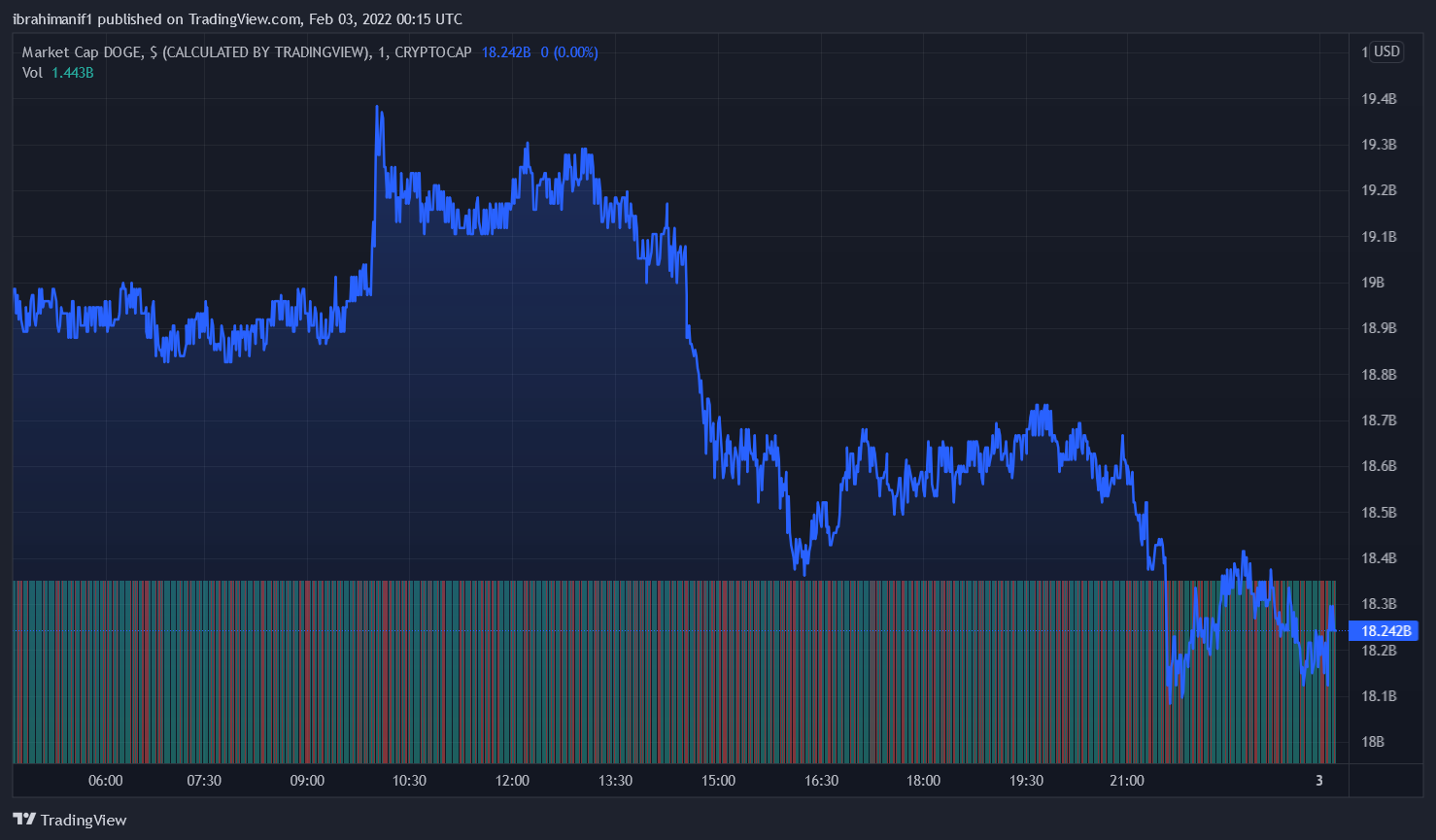 Despite the drop, the dog token still has a market cap of $19 billion, accounting for 1.1% of the entire crypto market.

The Dog token price is expected to hit $0.16 this week, according to FXStreet. That’s a 15% increase above the existing pricing.

From the 16th to the 22nd of January, Dogecoin dropped 35% in 6 days, according to FXStreet. However, since then:

“DOGE has produced a sideways movement indicating consolidation around the $0.14 barrier. Any short-term spike in buying pressure is likely to propel [the] Dogecoin price into a 15% ascent to $0.164. This level coincides with the 50-day Simple Moving Average (SMA).”

Why Dogecoin Is Pumping Again Today