Bitcoin price extended its decline below $31,500 before recovering higher against the US Dollar. BTC is likely to face resistance near $32,200 and it might continue to move down.

After a minor upside correction, bitcoin price failed near $33,000. As a result, BTC started a fresh decline below the $32,000 support level. It even broke the $31,550 swing low and settled well below the 100 hourly simple moving average.

The trend line is close to the 50% Fib retracement level of the recent decline from the $33,210 swing high to $31,190 low. A close above the trend line resistance could push the price towards the $33,000 resistance and the 100 hourly SMA. 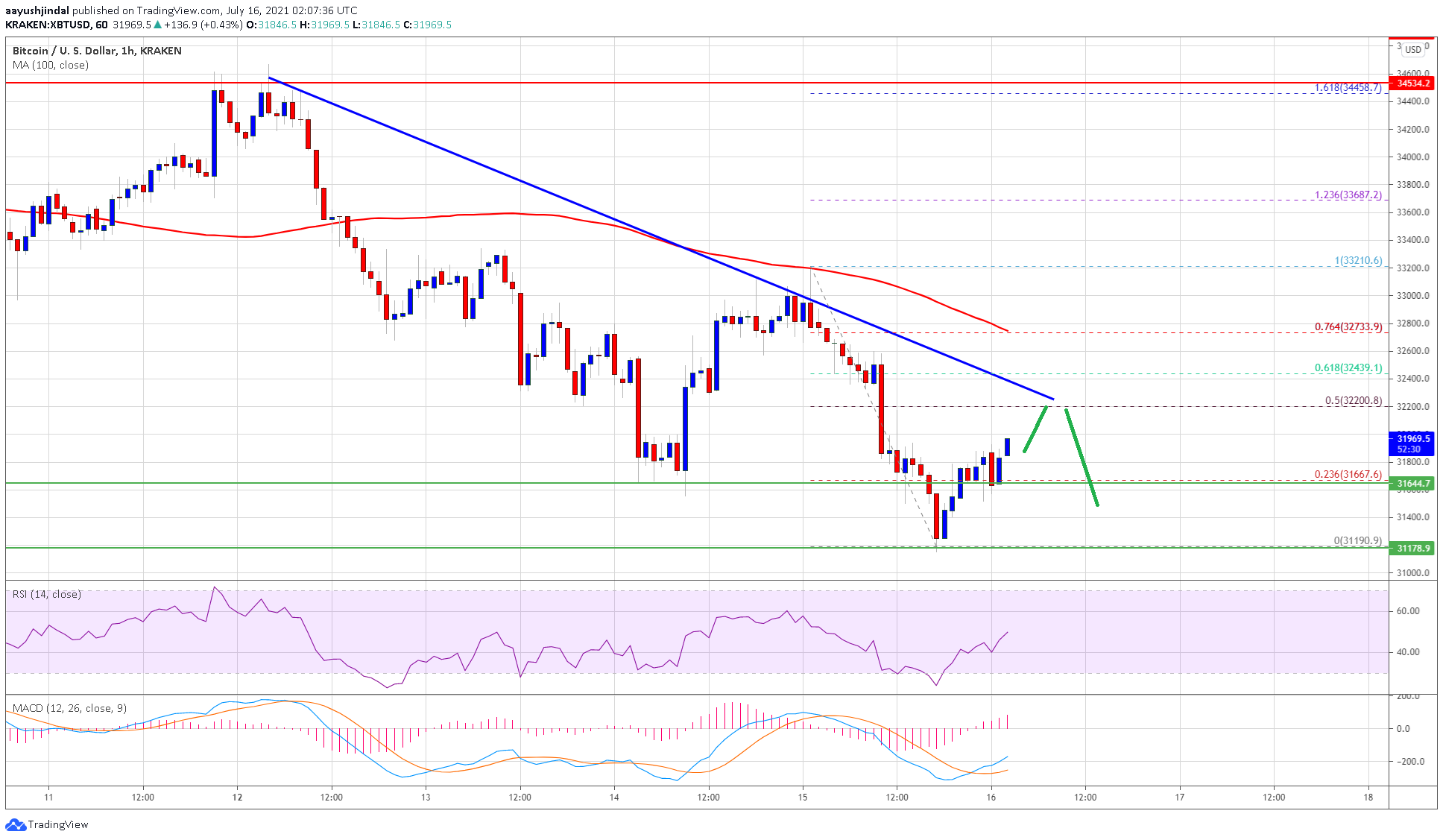 Hourly MACD – The MACD is slowly gaining pace in the bullish zone.

Hourly RSI (Relative Strength Index) – The RSI for BTC/USD is now just above the 50 level.