Home Cardano When Will People Realize Its Explosive Potential? By DailyCoin 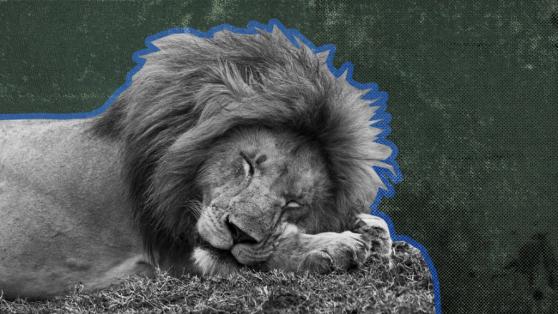 Cardano: When Will People Realize Its Explosive Potential?

By all indications, Cardano has come a long way since its launch in 2015 and has rightly earned the title of being an killer. Cardano’s significant strides have seen it shoot into the top five largest cryptocurrencies by market capitalization.

Despite these victories, some critics remain unconvinced on the explosive potential of the project because of the “slow and steady” development ethos that it has adopted.

The foray into smart contract functionalities might be the trigger that makes the undecided see Cardano’s immense potential.

Slow and Steady Wins the Race

Cardano’s critics often cite the slow nature of its developments, in comparison to other projects, as a reason to lack faith in its potential. However, Cardano’s team remains unfazed by the tag it has received from the crypto community and has steadily marched forward. This is somewhat of an oddity in the crypto space as updates and launches take a matter of weeks or months.

An example of Cardano’s slow development is the drawn-out launch of the Shelley update, which took years. One reason for Cardano’s slow pace is their constant drive for perfection as they strive to create a solid foundation to build upon, unlike Ethereum, which built its structure before the foundation and has thus had to spend time updating.

This slow and steady approach has resulted in some wins for Cardano as a section of the community has shown unwavering faith in the project. This recently led to Cardano reaching the 1 million milestone mark and has resulted in 70% of ADA’s circulation being staked in over 600,000 staking pools around the world.

The methodical approach has resulted in some groundbreaking developments for Cardano. The Alonzo White hard fork has brought the network across the Rubicon for smart contract compatibility.

Before Alonzo White, smart contract functionality on Cardano seemed like a distant dream, but this hard fork flips the script. It is expected that Cardano will fully support smart contracts in September and this might be the major catalyst for sceptics to believe in the Cardano dream.

Cardano’s use of the Proof of Stake mechanism is another point that could raise belief in the project as the world marches toward energy efficiency and environmental sustainability. Cardano is said to use less than 0.01% of the energy consumption rate of , which makes it a justifiable alternative.

Why Does Cardano Matter?

Cardano was founded by Charles Hoskinson in 2015 and released in 2017 as a blockchain platform that is founded on “peer-reviewed research and developed on evidence-based methods.”

Through the innovative use of technology, Cardano seeks to create trust by setting high standards in security, transparency, and sustainability. Cardano’s native token, ADA has a market capitalization of $37.8 billion and, at the time of writing, it is trading at $1.18, which sees it occupy fifth-place among top cryptocurrencies.

3 Cryptos Worth Adding to Your Portfolio for 2023: Cardano (ADA), Solana (SOL), and Flasko (FLSK) – Coinspeaker