The cryptocurrency market continues to be fraught with extreme volatility. Dogecoin — a digital currency favored by Reddit traders that was initially started as a joke eight years ago — is certainly no exception. The crypto’s up by more than 5,600% from just one year ago but has fallen nearly 40% in value over the past three months alone.

Not all cryptocurrencies are created equal — and I’m not saying that digital currency can’t have a place in a long-term investor’s portfolio — but the fact remains that these types of investments are incredibly speculative buys that carry a tremendous amount of risk. And when it comes to Dogecoin, there are infinitely better buys around which long-term investors can construct a wealth-building portfolio.

Let’s take a look at two top stocks that investors should consider instead. 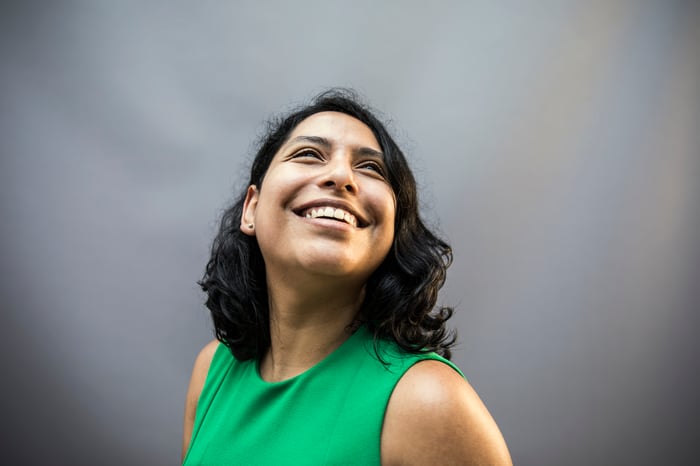 The global e-commerce industry continues to grow at an astounding rate, and companies that are dominating this space are seizing market opportunities right and left. One major player that’s perhaps less talked about than well-known names like Amazon or Shopify is MercadoLibre (NASDAQ:MELI), the largest e-commerce company in Latin America.

Founded in 1999, MercadoLibre didn’t become a publicly traded entity until 2007. Since that time, shares of the company have gained more than 5,330%. In the past five years alone, the stock has shot up by an eye-popping 900%.

It isn’t just MercadoLibre’s share price that has skyrocketed over the years, either. The company has a long, respectable track record of delivering strong revenue growth. For example, in 2016, 2017, 2018, 2019, and 2020, MercadoLibre delivered respective net revenue increases of 30%, 66%, 18%, 60%, and 73%. And in the first quarter of 2021, MercadoLibre grew its net revenue by a whopping 111%. It also recorded insane unique active user growth of about 62% year over year, bringing its total user count to just shy of 70 million individuals at the end of the three-month period.

The company derives its revenue from two primary business segments: its e-commerce platform and its online payments ecosystem. In the first quarter of 2021 alone, MercadoLibre reported that its e-commerce revenues increased 139%, while fintech revenues surged 72% from the year-ago period.

MercadoLibre has tons of runway left to explore in the Latin American e-commerce market. According to Statista, “In 2019, it is estimated that the region harbored 267.4 million digital buyers, a figure forecast to grow over 31 percent by 2024.” Statista’s report also noted that, “Although the adoption of e-commerce in Latin America is still lower than in other emerging regions, online retail sales in this part of the world generated more than 70 billion U.S. dollars in 2019 and are expected to hit 116 billion by 2023.”

Globally, both the e-commerce and fintech sectors are on track to realize tremendous growth in the years ahead. MercadoLibre’s dual success in these highly lucrative, fast-growing, and complementary industries make the stock an exceedingly attractive buy for long-term investors.

Healthcare stock AbbVie (NYSE:ABBV) is another compelling buy for long-term investors. Although it hasn’t produced the rapid returns that MercadoLibre has in recent years, the stock has plenty of other green flags to recommend it.

Prospective buyers should know that AbbVie is a member of the elite club of stocks called Dividend Aristocrats. In fact, AbbVie is just shy of being crowned a Dividend King. The top dividend stock has an attractive yield of 4.4% at the time of this writing, which is notably higher than what the average stock trading on the S&P 500 pays (approximately 2%). Meanwhile, shares of AbbVie have increased by a healthy 83% over the trailing-five-year period.

In the first quarter of 2021, AbbVie reported that its net revenue increased by a notable 51% on a year-over-year basis. Its net earnings also grew by a double-digit percentage — 18% from the year-ago quarter.

Some investors have been worried about AbbVie’s ability to sustain optimal top- and bottom-line growth over the long term because it’s losing U.S. patent exclusivity for its blockbuster drug Humira — which is also the top-selling drug in the world — in a couple of years. While biosimilar competition is sure to put a dent in sales of Humira once its U.S. patent exclusivity ends, the drug is likely to continue generating substantial balance-sheet growth for AbbVie. Plus, AbbVie has plenty of other top-selling products to fall back on, bolstered by the stable of brands it acquired when it purchased Allergan in May 2020.