If you’ve gotten burned by the latest Dogecoin (CRYPTO:DOGE) crash, you’re not alone. The cryptocurrency started as a joke, and its meme-driven price antics aren’t exactly a basis for enduring growth. If you’re tired of losing money, it’s probably a good idea to look for a few more serious investment options.

But that doesn’t mean you’ll need to dive into the realm of obscure stocks to find untouched new investments. In fact, the three companies I’ll discuss today are in the top 50 of investing app Robinhood’s most popular user holdings. More importantly, unlike Dogecoin, they’re all great options for adding some long-term growth potential to your portfolio. 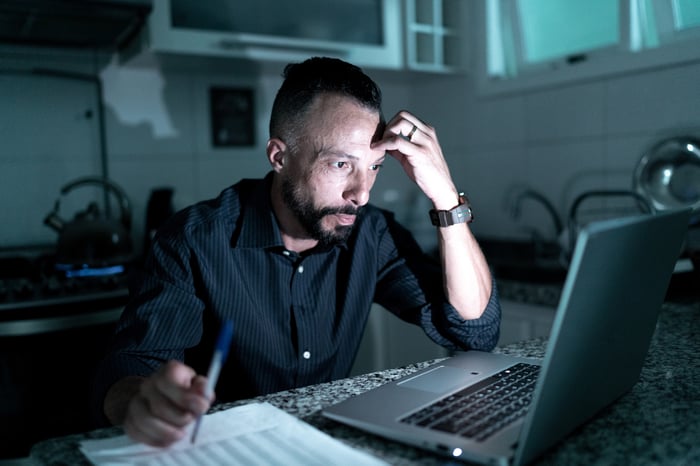 Johnson & Johnson (NYSE:JNJ) will never again grow as quickly as Dogecoin, but it won’t collapse as suddenly, either.

The healthcare giant didn’t get to be one of the world’s most valuable companies overnight or by the force of memes. Instead, it took decades building its current reputation for regularly growing its revenue, maintaining profitability, and delivering consistent returns to investors in the form of dividends and share buybacks.

The key reason that Johnson & Johnson is better than Dogecoin is that the company actually makes things — specifically, a plethora of consumer healthcare and pharmaceutical products that people need on a daily basis to survive. Though revenue from individual products such as Band-Aid bandages probably isn’t huge in any given year, it adds up over the course of many products and several decades. And unlike Dogecoin, those cash flows aren’t about to dry up overnight if people get bored of the Band-Aid brand; adhesive bandages will be needed either way.

The ongoing demand for Johnson & Johnson’s goods supports the growth and safety of its dividend in the long term. For the past 58 years and counting, the business has raised its dividend payout like clockwork, making it a member of the elite squad of Dividend Kings that have demonstrated similarly enduring commitments. Right now, the stock’s dividend yield is about 2.46%, which is higher than the S&P 500‘s average yield of 1.35%.

Coronavirus vaccine maker Moderna (NASDAQ:MRNA) is another no-brainer Robinhood favorite to buy instead of Dogecoin. And unlike Johnson & Johnson, it’s facing a handful of catalysts for growth in the near future, so it might even grow faster than Dogecoin does while still being at a lower risk of crashing.

First, you may have heard that effective coronavirus vaccines are hot sellers. In the first quarter alone, Moderna made $1.7 billion from sales of its jab. Moving forward, the company is signing deals with countries including Taiwan, Japan, and Argentina to buy even more doses through 2022. That’s sure to juice revenue growth even more, and the market is already reacting positively to the news.

Second, Moderna is working on non-coronavirus projects, too. While its programs in the pipeline might take a few years to be commercialized (if they ever are), in the meantime they provide the company’s investors with a road map to ensuring the revenue of tomorrow will be larger than the revenue of today. Of course, with Dogecoin, there’s no way to even have a plan — or any revenue.

As the riskiest stock that I’ll discuss here, Catalyst Pharmaceuticals (NASDAQ:CPRX) is still far less of a gamble than Dogecoin. It’s a small biotech company that’s profitable, growing its revenue slowly, and battling against its shrinking earnings.

Catalyst’s one approved drug, for a rare autoimmune disease known as Lambert-Eaton myasthenic syndrome (LEMS), isn’t exactly a cash cow. It made only $30.2 million in the first quarter, an increase of merely 3.7% year over year. That’s hardly the kind of face-melting growth that Dogecoin investors are seeking.

But there’s more to the company than that one drug. Management plans to increase research and development (R&D) spending this year, and it’s looking to acquire other promising small biotechs as well. That means things could turn around. There are people in the driver’s seat working to use the company’s assets to increase the future returns to shareholders.

In other words: Catalyst’s growth prospects and its financial performance are capable of changing. And when those things do change, the market’s valuation of the stock will, too. With Dogecoin, there’s no way to have any of the above.