Cardano price ended its explosive moves on July 26, paving the way for a slow and consolidative uptrend. This move has allowed ADA to slice through a crucial resistance level, making way to the subsequent barrier.

While this development was tiresome, a pullback seems likely. Therefore, investors need to watch out for a retracement to stable support levels.

Cardano price pierced the July 12 swing high at $1.373 on July 26 but failed to hold above it. The pullback from the failed attempt stemmed a second upswing on August 1 that failed to close above $1.373.

After two failed tries, ADA has finally produced a 9-hour candlestick close above $1.373, but it is unclear if this move will sustain. If the bulls defend this level and propel ADA higher, the supply zone will be tested, ranging from $1.44 to $1.50.

The slow and steady uptrend suggests that the momentum is vanishing. Therefore, investors can expect a pullback to either the 50% Fibonacci retracement level at $1.304 or the $1.251 support level. 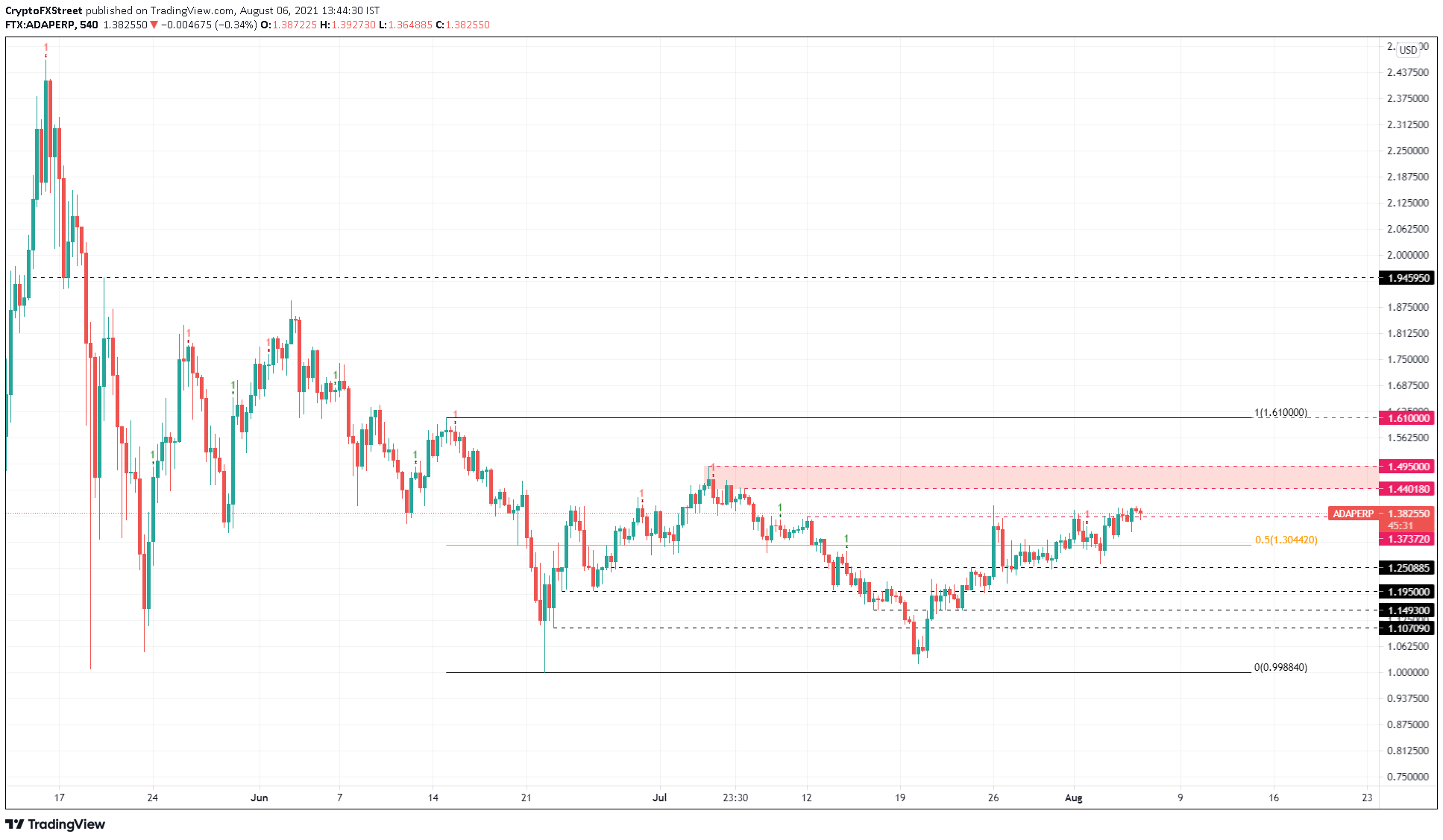 While things look a little bleak for Cardano price, a decisive close above $1.495 would invalidate the bearish thesis and indicate the presence of bulls.

Such a move would open the possibility of a retest of the $1.61 resistance level.

Will Dogeliens capture market interest like Cardano and Apecoin upon launch?