It’s unlikely the co-creator will debate where Dogecoin is headed next. Markus took to Twitter on Tuesday to warn against arguing about potential future prices of cryptocurrencies and advised crypto traders with frail beliefs and egos to delete their Twitter accounts.

Cryptocurrencies were rebounding on Wednesday and when Bitcoin (CRYPTO: BTC) popped its head back above the $30,000 mark Dogecoin followed the pack leader and pawed its way over a resistance level.

See Also: 5 Things You Might Not Know About Dogecoin Co-Creator Billy Markus

Dogecoin was also above to regain support of the 200-day simple moving average which it closed below on Tuesday. This indicates overall sentiment has turned bullish once again. 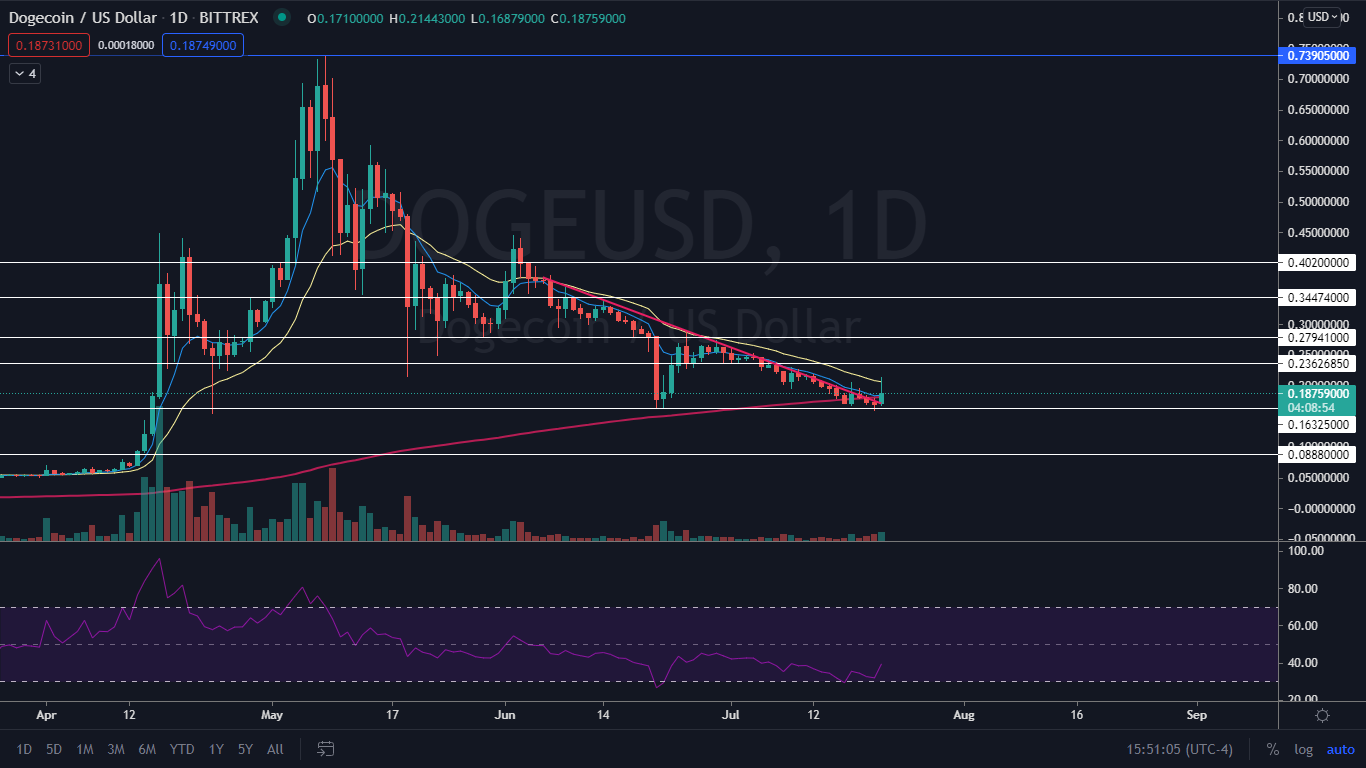 Bulls want to see Dogecoin regain support of the 21-day EMA for a move back up to its next resistance level at 23 cents. If it was able to regain the level as support, it could trade up toward the 28-cent level.

Bears want to see Dogecoin fall back under the descending trendline and for the crypto to lose support at 16 cents. Because 16 cents is a key level for Dogecoin, because there is no close support below that, if Dogecoin loses the level it could fall toward the 8-cent mark.

© 2021 Benzinga.com. Benzinga does not provide investment advice. All rights
reserved.