The top meme stocks which made headlines during the start of the year due to the short squeeze pump are rising again. World’s largest Cinema chain AMC Entertainment ($AMC) registered a 5% rise over the last 24-hours while GameStop ($GME ) stocks registered a 7% surge. The two meme tokens were in news for weeks for their unprecedented rise of over 1,500% in January this year. 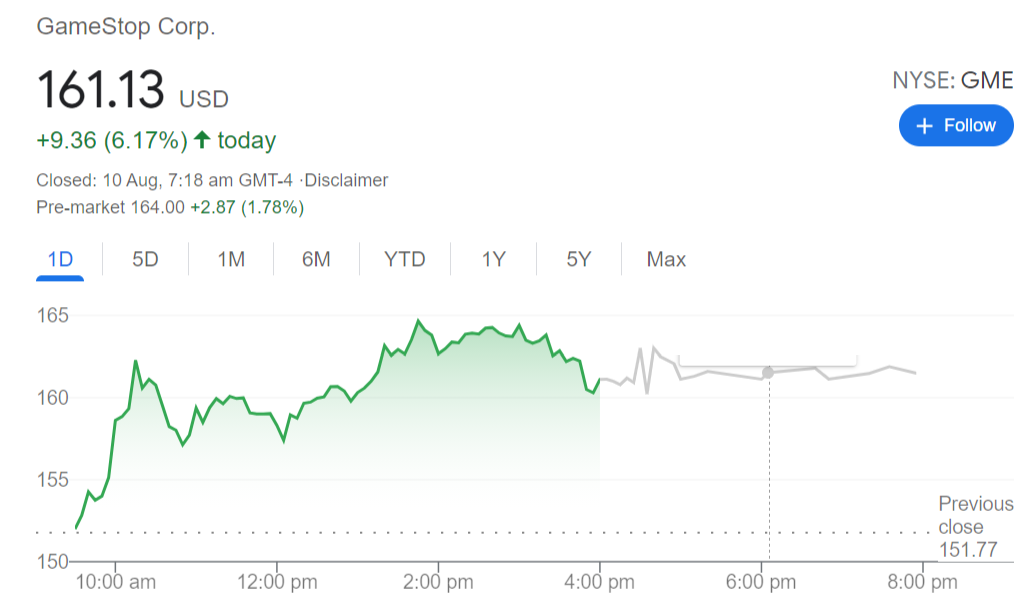 The current surge is nothing in comparison to what we saw at the start of this year, but it certainly has caught investors’ attention again. Both the companies have recorded a strong second-quarter beating their early estimates. The company reported a 71 cents loss on its stock as compared to Wall Street’s prediction of 94 cents. The second-quarter revenue rose to $444 million against $382.5 million last year. The company saw a massive jump in revenue year-on-year, compared to $19 million same quarter last year.

The recent rise in AMC shares is also being attributed to the company’s announcement about accepting Bitcoin (BTC) as a payment for tickets purchase across its outlets in the US by the end of this year. The Bitcoin integration came as a pleasant surprise for many since crypto enthusiasts have been demanding and even making jokes about it since the year start.

Can AMC and GME Repeat its January Short Squeeze Pump?

The short squeeze frenzy initiated by a Reddit group WallStreetBets and later joined by retail investors created once-in-a-lifetime stock price momentum for nearly “dead” companies such as AMC and GME. The price surge helped the struggling movie theatre chain to redeem itself, and while the short-seller interest in the stock is nowhere near the January level, but many believe another short squeeze is very much a possibility.

Many traders are of the opinion that there are several short-sellers who instead of directly shorting the stocks are using synthetic short position via the derivative market to do so. It is also interesting to note that the recent flash crash in gold prices arose from derivative short positions on CME.

Bitcoin Reserve Risk Falls To 2015 Levels, What Happened That Year?