Dogecoin (DOGE) price action is starting to fall in favor of the bears after bulls got rejected on any further gains on October 6 at $0.29. As the pennant begins to consolidate, some bearish signs start to form and spell grim perspectives for the bulls. A break of the green ascending trend line could open up losses toward $0.19.

Dogecoin price action has been in a bull run with a peak on October 6, where bulls failed to break above $0.29 and the monthly R1. That rejection saw quite a lot of profit-taking in long positions and made price action in DOGE fade to the downside. Although technically still in a short-term uptrend, the longer-term downtrend looks to become a reality again for the bulls. 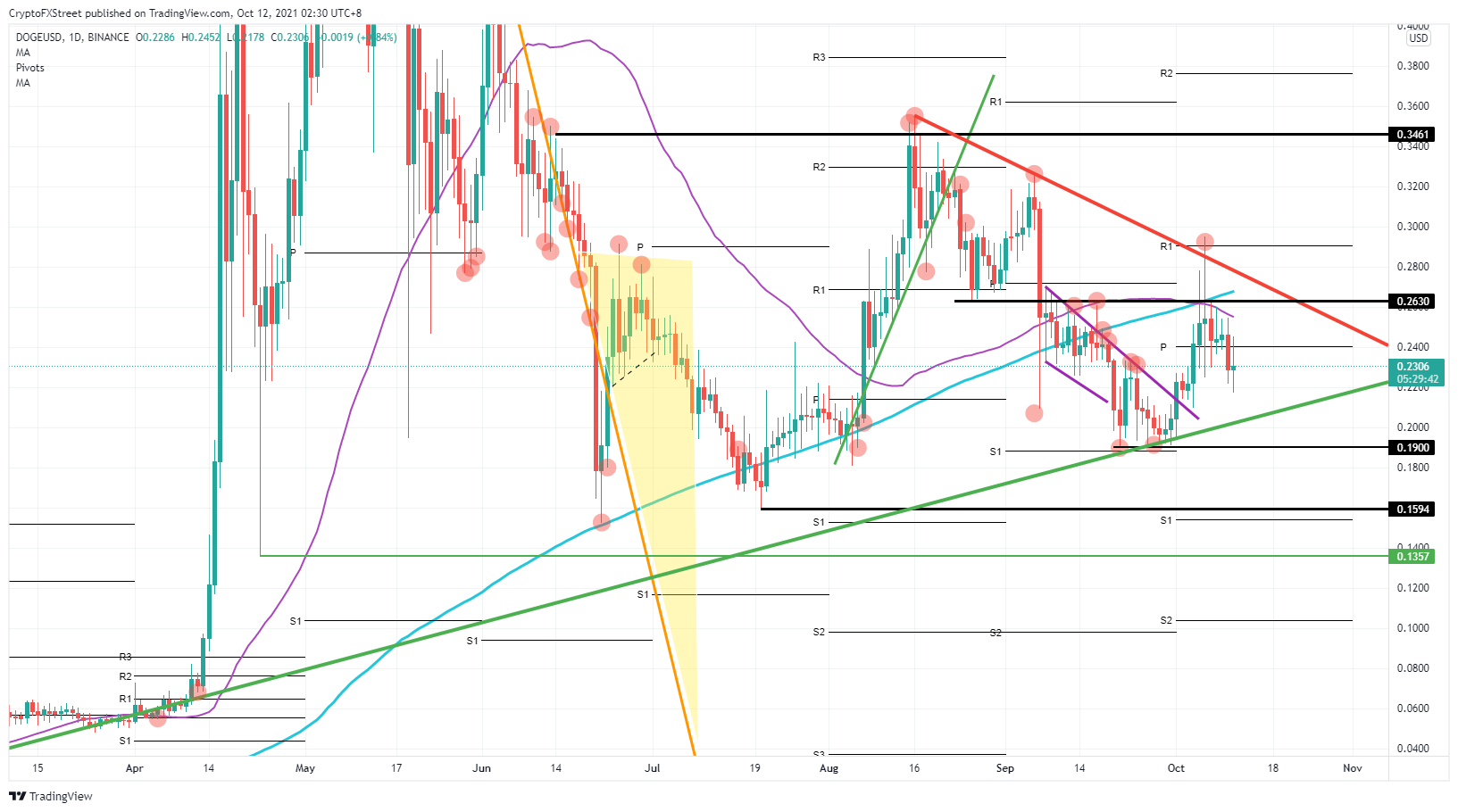 With bears clearly in control in Dogecoin price action, expect a retest of the green ascending trend line in the coming days. A break below would first meet support at $0.19, going back to September 21, with a double floor and the S1 support level from September. A leg lower would make bears target $0.16, with the low from July 20 and the S1 support level as profit-taking points .

In case bulls can take the upper hand in DOGE price with the help of some favorable tailwinds, expect a break back above $0.26, followed by a retest of support on that same level before bulls then charge in full force to break the red descending trend line and target $0.29 for the retest of a double-top formation.

Things to Know About Dogecoin