Cardano price is currently facing a challenging situation where a breakdown of a crucial support floor could lead to a steep correction. Therefore, investors need to keep an eye out for ADA, which is close to triggering this descent.

Cardano founder calls out the US regulators

Cardano founder Charles Hoskinson spoke about the current state of the cryptocurrency market and how it lacks regulation during his event in South Africa. Hoskinson added that the watchdogs have been closely monitoring the rapidly growing space and are trying to “kill” it.

With the rise in interest, scammers and money launderers have also increased quickly, pushing lawmakers to impose restrictions on these markets. Moreover, some countries are taking a much harsher stance by banning mining and cryptocurrencies altogether. Others, however, are regulating the space.

In DC, the Treasury Department does everything in its power to try to kill our industry…  $2 trillion industry just pops up in our backyard, and my government’s trying to kill it.

While Ripple and XRP have been stuck in a legal scuffle with the SEC, other projects are taking a step back due to the regulatory uncertainty. Despite the safe zone that Cardano is enjoying, ADA price seems to be facing a blockade and hints at a bearish outlook.

ADA price hangs by a thread

This technical formation has no inherent bias but forecasts a 19% breakout, determined by adding the distance between the first swing high and low to the breakout point.

In this case, Cardano price seems to be venturing lower. A decisive close below the lower trend line at $2.12 will indicate the start of a downswing.

In such a case, ADA will head lower to retest the intended target at $1.69. However, this descent will not be a cakewalk as the $1.91 and $1.73 support floors will be present to absorb the selling pressure. 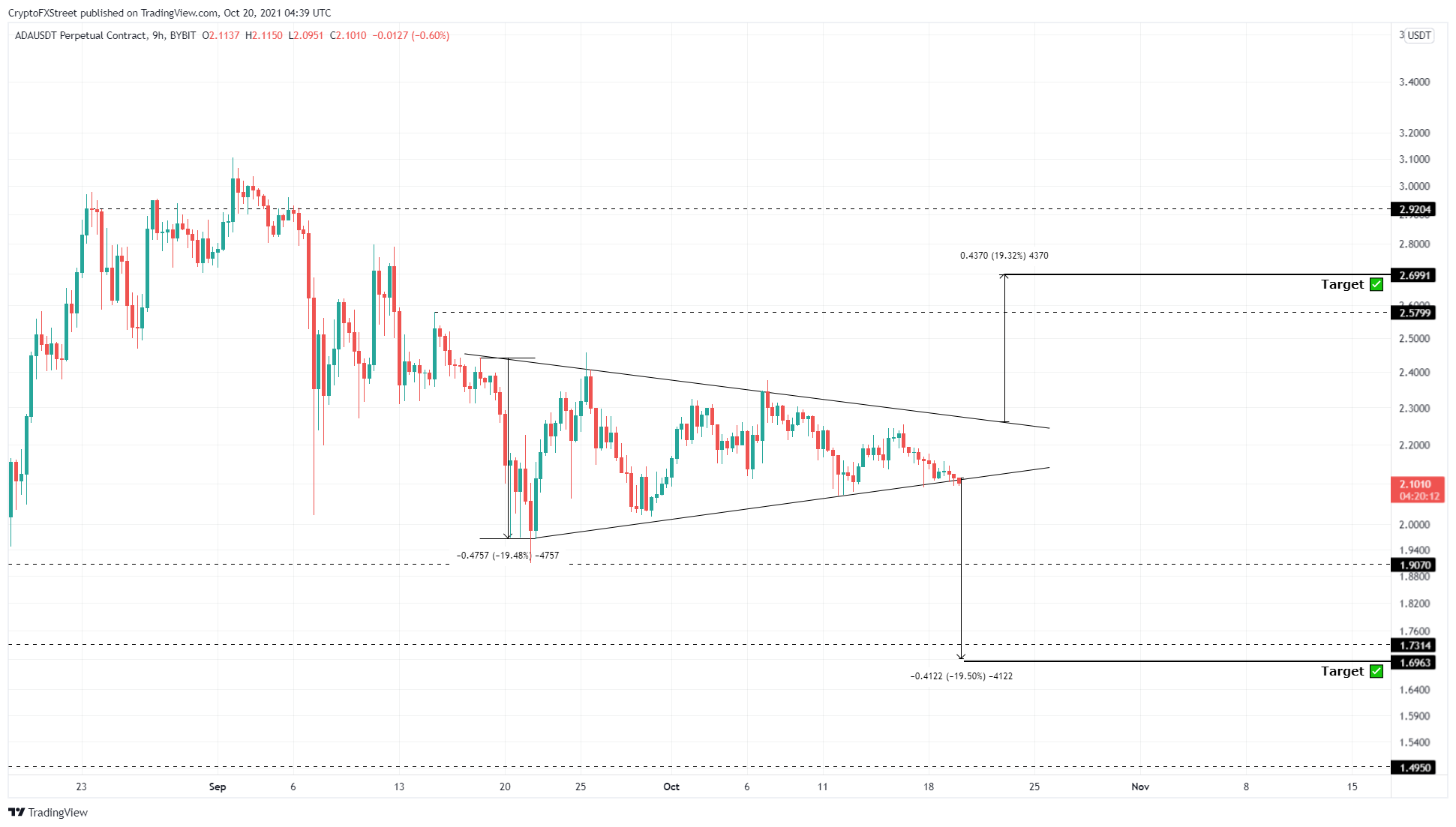 On the other hand, if the current dip below the lower trend line of the symmetrical triangle is a fakeout. Investors can expect Cardano price to make a run at the upper trend line. A decisive close here, $2.26, will indicate a potential start of an upswing.

In such a case, the theoretical target rests at $2.70 after the bulls slice through the $2.58 hurdle.