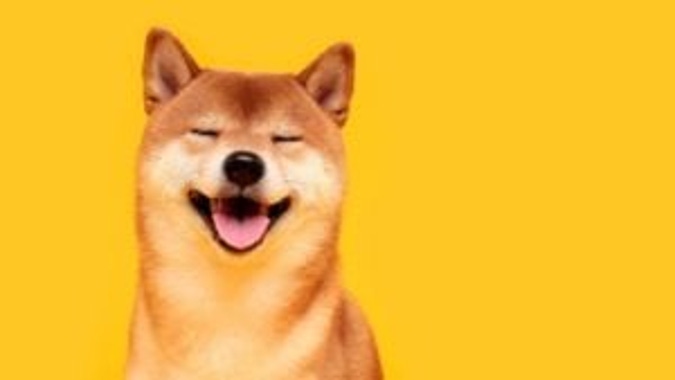 Shiba Inu (CCC:SHIB-USD) bulls are having quite a week. Their favorite coin is seeing price momentum reminiscent of late spring, when altcoins shot up to unprecedented prices. Speculative buying allowed for a real renaissance; any coin could be “the next Bitcoin (CCC:BTC-USD),” so investors put money into just about every coin they could find. Well, SHIB investors are flocking to the coin once again, and it’s soaring back up to that springtime all-time high. As the coin reaches a new milestone, investors are clamoring for an answer to the ever-present question around the altcoin: “When will Shiba Inu hit Robinhood (NASDAQ:HOOD)?”

As InvestorPlace’s Chris MacDonald reports, there are a slew of reasons for the bullishness on Shiba Inu. Gains have allowed the SHIB coin to gain a full decimal place in value, a milestone that we saw celebrated heavily on Twitter and that is translating to higher trading volume; the token saw its trading volume increase by over $10 billion the day following the event.

Moreover, the market as a whole is trending upward. Bitcoin is far surpassing the $50,000 valuation that it has resisted for weeks; now, it is preparing to smash through $60,000 and retake its all-time high. The SHIB progenitor, Dogecoin (CCC:DOGE-USD), is building up its own gains once again, helping to push the market of “meme coins.” It also surely helps that Elon Musk is flexing pictures of his adorable Shiba Inu puppy on Twitter; the billionaire is a force greater than any other when it comes to influencing dog-themed cryptos. Of course, SHIB stood to gain from the photo. And it did.

The bullishness on Shiba Inu is pushing the altcoin to new limits today. Through the massive influx of buying, billions of dollars in capital have flooded the Shiba Inu network. This is, in turn, forcing SHIB up in a huge way, creating gains of well over 200% in the last month.

In fact, the capital injection has been so large, it is pushing Shiba Inu into the list of the 20 largest cryptos in the world. The coin is surpassing altcoin giants like Bitcoin Cash (CCC:BCH-USD) in size. The move is thanks to its whopping $11.5 billion in market capitalization.

This is nothing to turn one’s nose up at. At the beginning of August, SHIB held only $2.5 billion in market cap. This makes the hype around the coin demonstrably real; investors are not just taking interest in the coin, they’re pouring massive quantities of money into it.

When Will Shiba Inu Hit Robinhood? Investors Are Clamoring for a Robinhood Listing.

This then brings us to the age-old question of, “When will Shiba Inu hit Robinhood?” Robinhood is one of the most popular platforms for retail trading. Notably, it’s the go-to for the meme trading we’ve seen since early January. It’s also one of the only brokerages that offers up the ability to buy crypto in-platform. The app has seen huge success in allowing users to buy a small handful of cryptos, like Bitcoin and Dogecoin.

Robinhood is very open about its plans to expand. The company is currently testing its crypto wallet, which will allow users to move crypto assets on and off the platform with ease. Indeed, the company’s executives have reiterated numerous times its plans to expand its crypto tools, including the coins which it will offer in the future.

Shiba Inu traders are working very diligently to catch the eye of Robinhood. A petition from nearly 200,000 crypto traders and Robinhood users calls for a listing of the coin on the app. Additionally, SHIB fans, crypto influencers and all in-between have been using the gains of the last month to their advantage, leveraging social media to nudge the company to make it happen.

It’s not confirmed that Robinhood will actually take on a SHIB listing. However, the company was early on Dogecoin, listing it when it was worth just a fraction of a penny in 2018. With SHIB’s similar situation, combined with the rabid following it has on social media and its multi-hundred-percent gains, the stars are certainly aligning for something to happen.

On the date of publication, Brenden Rearick did not have (either directly or indirectly) any positions in the securities mentioned in this article. The opinions expressed in this article are those of the writer, subject to the InvestorPlace.com Publishing Guidelines.

The post When Will Shiba Inu Hit Robinhood? Investors Want to Know as SHIB Closes in on All-Time High. appeared first on InvestorPlace.