Cardano price is anticipating two major events that could see the token rally toward $3 and even higher toward its all-time high. The Ethereum-killer is set to be listed on Europe’s largest cryptocurrency exchange, and the ADA community is expecting news and updates on the protocol later this week.

Cardano price has failed to galvanize investors’ enthusiasm as it continues to trend lower. However, ADA is expected to be listed on Bitstamp, Europe’s biggest cryptocurrency exchange by trading volume, on November 24. The digital asset platform announced that deposits and withdrawals would be open on November 23, but full trading would commence the day after.

With the listing of ADA on Bitstamp, enabling the exchange’s users access to the Ethereum-killer, the bulls may be incentivized to propel Cardano price higher.

In addition to the two upcoming major events for Cardano, the Ethereum-killer has formed a falling wedge pattern on the daily chart, suggesting a bullish outlook for ADA.

The optimistic chart pattern suggests a 35% rally for Cardano price toward $2.90 if it manages to slice above the upper boundary of the technical pattern. Additional buying pressure could even see ADA challenge its all-time high at $3.09.

However, Cardano price continues to hover around the lower boundary of the falling wedge which acts as support for ADA at $1.74. The Ethereum-killer must close above this level for a recovery to occur. 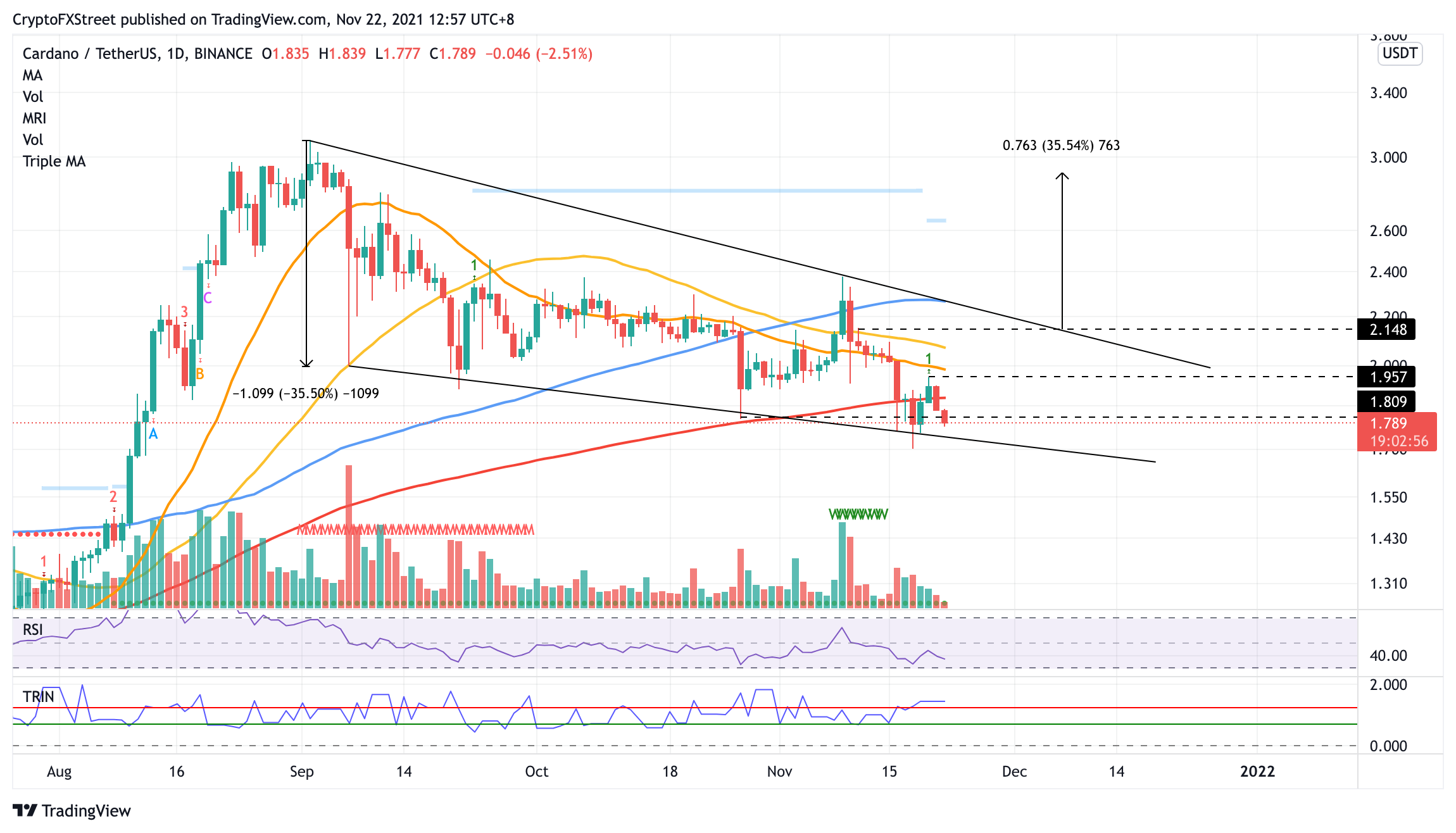 If Cardano price manages to tag the upper boundary of the falling wedge, coinciding with the November 11 high at $2.14, the bullish target of a 35% ascent toward $2.90 could then be on the radar.

However, if things go south for Cardano price, ADA could fall toward the November 18 low at $1.70. An increase in sell orders could push the token lower toward the June 15 high at $1.60.