Dogecoin (CRYPTO: DOGE), Shiba Inu (CRYPTO: SHIB) and Floki Inu (CRYPTO: FLOKI) enthusiasts entered into a duel on Twitter in an attempt to claim the advertisement as a representation of their own favorite Shiba Inu-themed crypto.

The ad didn’t do much to entice a large group of new buyers into any of the three cryptos: on Monday, Dogecoin, Shiba Inu and Floki were all trading on lower-than-average volume.

From a technical standpoint, the three cryptos are consolidating into potentially powerful breakout patterns and could all win the race if the formations are recognized, although Shiba Inu has the highest implied move, which could take the crypto over 70% higher.

The Dogecoin Chart: Dogecoin may still be settling into a bullish cup-and-handle pattern on the daily chart that Benzinga called out on Feb. 9, although the pattern will need to be recognized soon to avoid being negated. A possible bull flag pattern has now been negated because the crypto lost support at the eight-day exponential moving average. 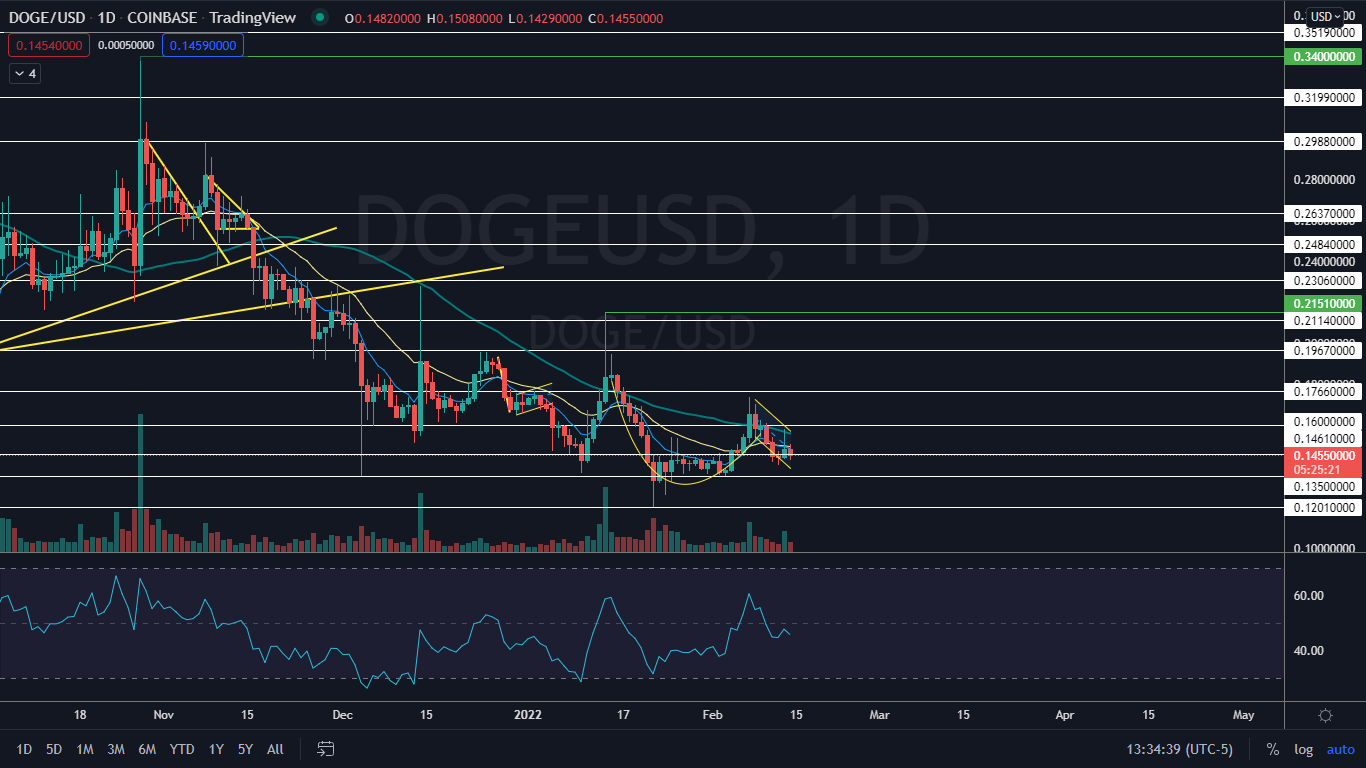 The Shiba Inu Chart: Shiba Inu is settling into a bull flag pattern on the two-day chart, with the pole created between Jan. 24 and Jan. 27 and the flag formed over the days that followed. If the pattern is recognized, the measured move is a whopping 72%, which indicates Shiba Inu could trade up toward the $0.00004748 level. 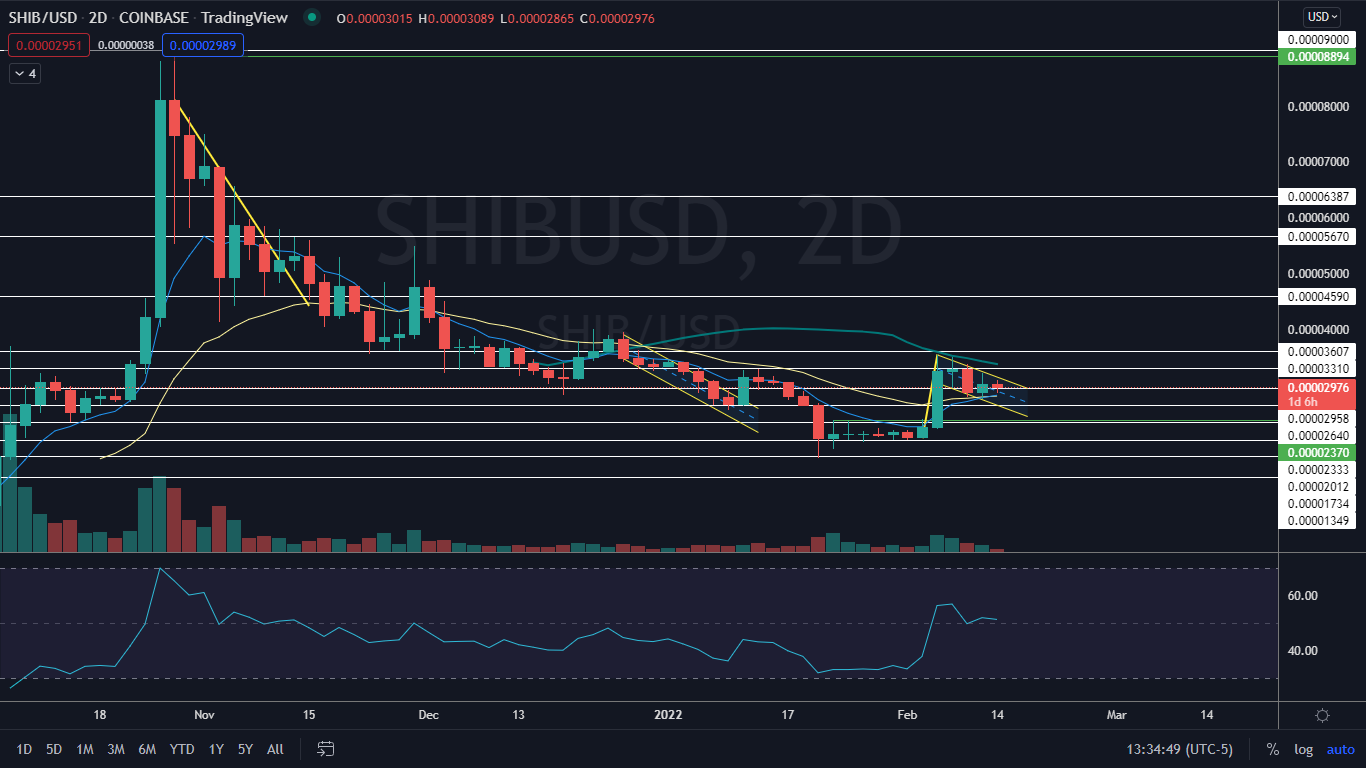 The Floki Inu Chart: Floki Inu was trading on much lower-than-average volume on Monday, with only about 500 million tokens exchanging hands compared to the 10-day average of 2.49 billion. 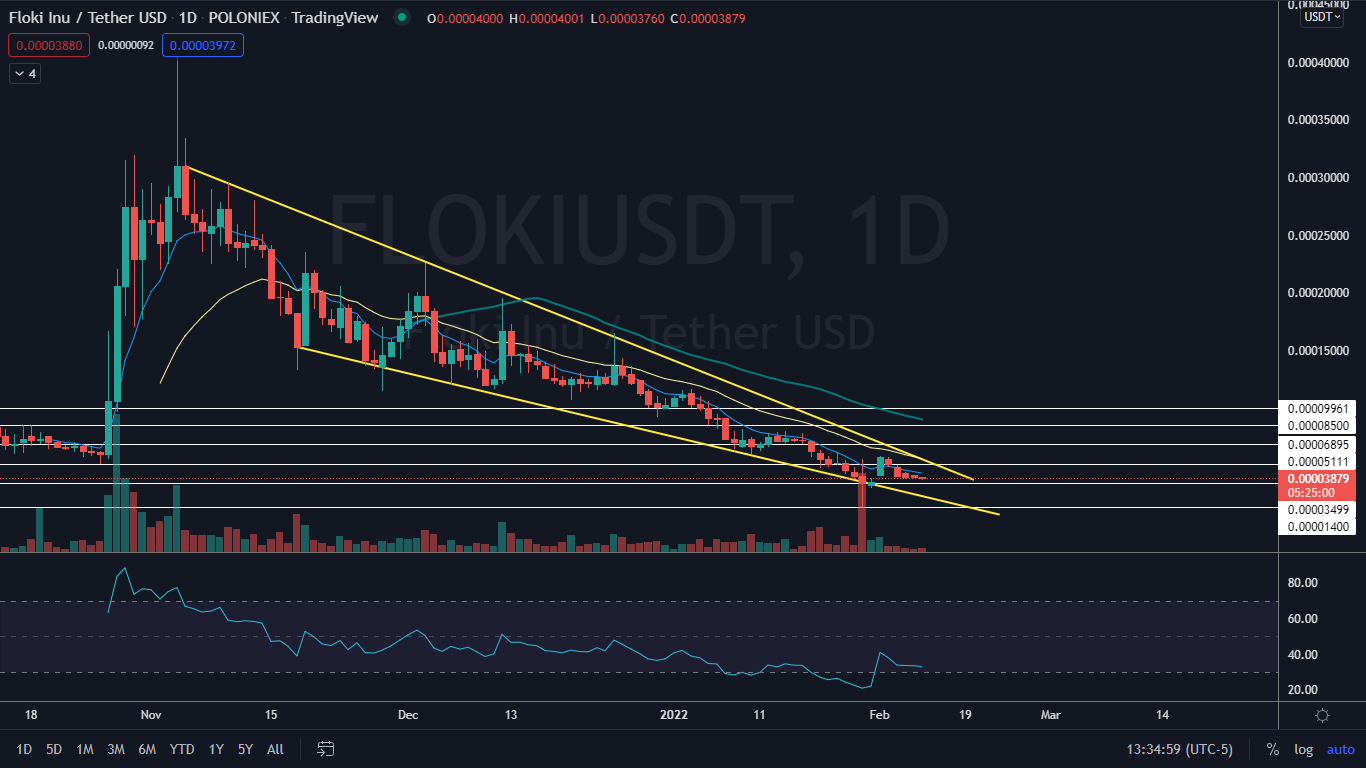 Why Dogecoin Is Pumping Again Today