McDonald’s Corp (NYSE:MCD) promised on social media that something was coming and it did arrive but it was not what the Dogecoin (CRYPTO: DOGE) community was anticipating.

What Happened: Instead, in its Super Bowl advertisement, McDonald’s showcased “Uhhhhhhhhhhhhhhhhhhhhh,” a noise its customers make while contemplating their orders.

The Golden Arches operator roped in the rapper Kanye West for its promotion.

Why It Matters: McDonald’s pre-Super Bowl advertisement tease was noted by Tesla Inc (NASDAQ:TSLA) CEO Elon Musk who responded to it with a “sweat droplets” emoji. Some construed that the announcement was concerning DOGE acceptance.

“If you believed the rumor, examine your thought process and who you were listening to very carefully, cuz it was a pretty silly one,” said Markus.

so why did people think McDonald’s was gonna accept dogecoin?

if you believed the rumor, examine your thought process and who you were listening to very carefully, cuz it was a pretty silly one

Markus earlier asked his followers who they were rooting for at the Super Bowl. About 52% of the 5,233 votes were cast in favor of “Crypto Commercials.” 21.5% voted for “Don’t Care.”

who ya rooting for?

Meanwhile, the Dogecoin community on r/Dogecoin — a Reddit discussion forum — took to posting memes on the McDonald’s buzz. 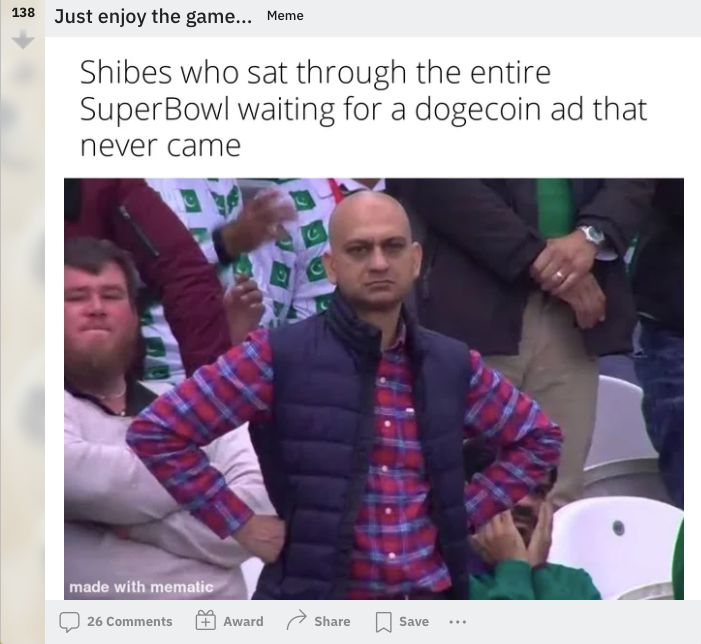 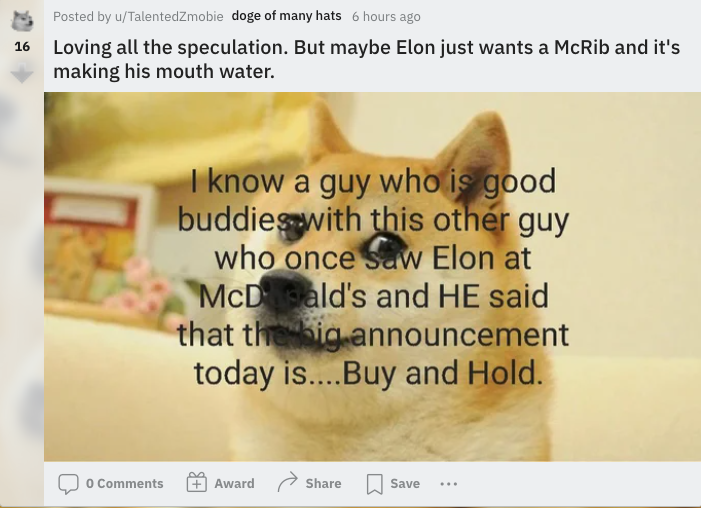 Screenshots From r/Dogecoin — A Dogecoin Discussion Group On Reddit