Shiba Inu price action is currently struggling to hold the Tenkan-Sen as support, even as it approaches conditions where a bullish breakout is easier to achieve. It remains an overperformer in the altcoin market, but that trend could soon change.

Shiba Inu price is in between two critical Ichimoku levels. The bottom of the Ichimoku Cloud (Senkou Span A) is the current nearby resistance at $0.000031, with the Tenkan-Sen at $0.000029 acting as nearby support. Traders have made multiple attempts to push above and below those two Ichimoku levels for the past four days, with neither bulls nor bears able to complete a close in their desired direction.

The critical price level to watch for bulls may not appear until February 17, when the threshold to achieve an Ideal Bullish Ichimoku Breakout drops from the current $0.000040 to $0.000031. Therefore, sideways trading conditions for Shiba Inu price would be the most likely near-term behavior until February 17.

For bears, the path lower is both more accessible and more complex. Within the Ichimoku system, when the current close is below the Cloud, an automatic bearish bias and weight is given to an instrument – Shiba Inu price action is considered bearish as long as it is below the Cloud. However, to push lower, bears need to cross and close below the Tenkan-Sen and Kijun-Sen. Due to the proximity of the Tenkan-Sen and Kikjun-Sen from one another, it creates a problematic support level for bears to conquer. 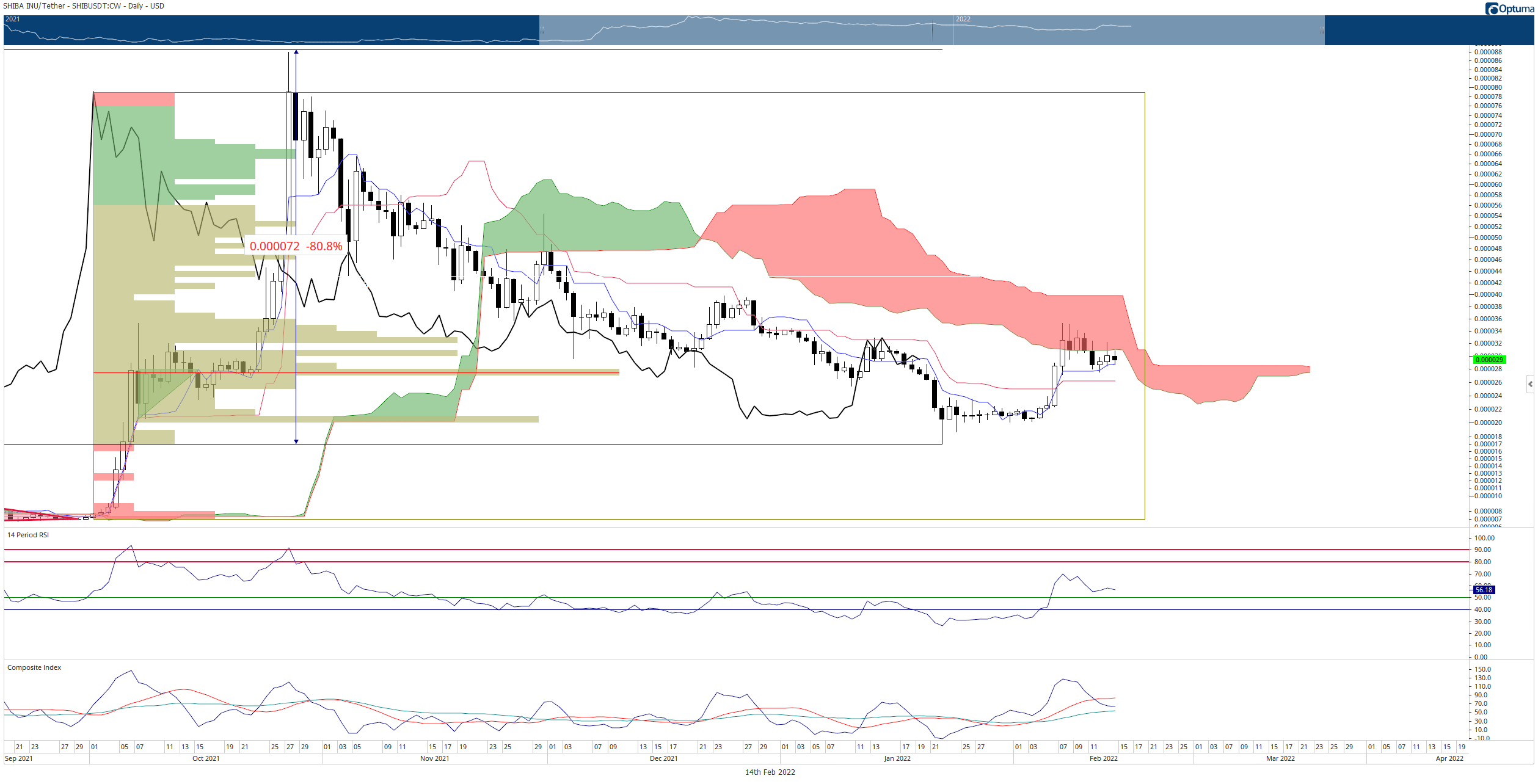 Is it Too Late to Buy Shiba Inu? Crypto Experts Give Their SHIB Price Predictions