Tesla’s new Supercharger in Santa Monica, California located on Santa Monica Boulevard opened yesterday, becoming the first Supercharger station in Tesla’s network to accept Dogecoin as a payment. The Supercharger Station is incomplete, for now. Tesla still has another address to develop for this project, and Musk confirmed it will be void of the 50’s diner or drive-in movie theater that was once planned for the site. This will instead be added to a different Supercharger facility, now planned for Hollywood.

Located 1421-1425 Santa Monica Boulevard, the new Supercharger is located on one of two lots Tesla purchased for the project. The other is located at 1401 Santa Monica Boulevard. 1421-1425 is technically the supplemental lot for the project and will house 26 total Superchargers when it is completed. A photograph of the new lot taken by Model Y owner and Los Angeles resident Ryan Zohoury shows the lot, which is turning out very similar to the blueprints submitted by Tesla to the Santa Monica City Council last year. 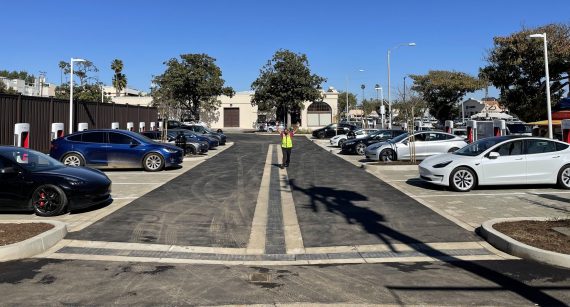 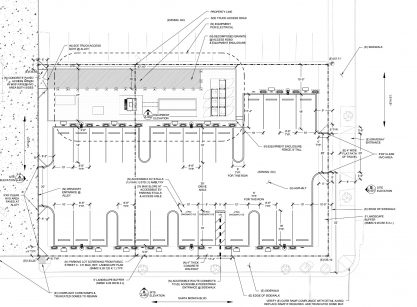 Dogecoin Payment – The First of its kind

Musk confirmed that the Santa Monica Supercharger will officially accept Dogecoin as payment, making it the first Supercharger in Tesla’s network to accept the crypto as a payment method. Musk, a vocal proponent of both Doge and Bitcoin, has long hinted toward bringing Doge as a payment method to various parts of Tesla’s business. The company does accept Doge in its online store and there have been rumors of Tesla eventually accepting the crypto as a form of payment for its vehicles.

And, of course, you can pay in Ðoge

At 1401 Santa Monica Boulevard lies the main lot of the Santa Monica Supercharger. 36 V3 Superchargers will fill this lot, and previously Tesla planned to build a Drive-in movie theater and a ’50s themed diner. Tesla added some “Easter Eggs” in this lot, even adding specially-sized parking spaces. With a majority of the spaces being a standard 9-foot width, some are as wide as 12 feet, which could hint toward the introduction of more Cybertruck-focused parking spaces as new Supercharging lots are built.

Renders of the Santa Monica Supercharger found by Teslarati last year did not show any diners or large projection screens that would indicate Tesla is planning to build either of these facilities on-site. Musk basically confirmed last night that the lot at 1401 will not have these features. They will instead be added to a Supercharging facility in Hollywood.

This is not much of a surprise. Blueprints and renderings showed relatively no room for either of these projects. However, a full-service restroom will be available on this lot. Tesla will renovate an already-built structure to accommodate these features. 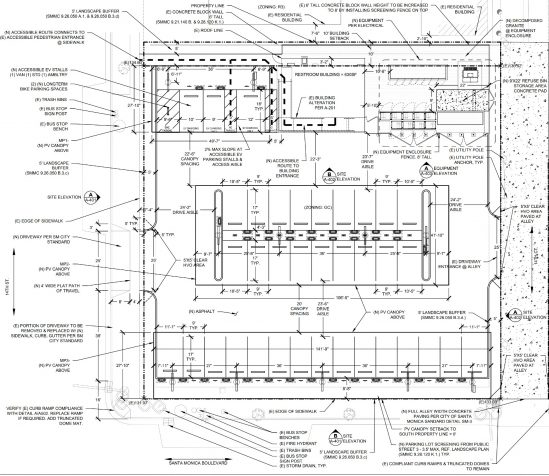 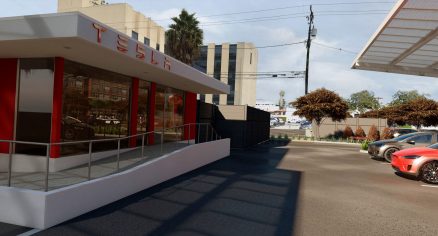 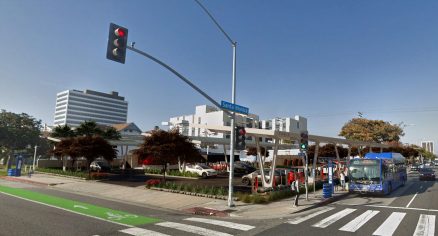