Home Cardano Why I Believe in Cardano Over Ethereum


When I talk about my cryptocurrency portfolio, some are surprised to hear I have no Ethereum ( ETH -7.94% ). I used to own ETH, in fact I mined it for two years from 2017-2019. However, I’ve fallen out of alignment with the direction that Ethereum has taken. In 2020, I converted most of my assets into Bitcoin ( BTC -5.27% ) including whatever ETH I had. I recognized the problems that Ethereum was trying to solve but began looking elsewhere for similar systems that solve the same problems. The project that I found that I think will be more effective at being the world’s supercomputer is Cardano ( ADA -11.10% ).

My intention is not to bash Ethereum. I actually think it’s a great project — with many issues. I want to reveal those issues in a fair and accurate way. 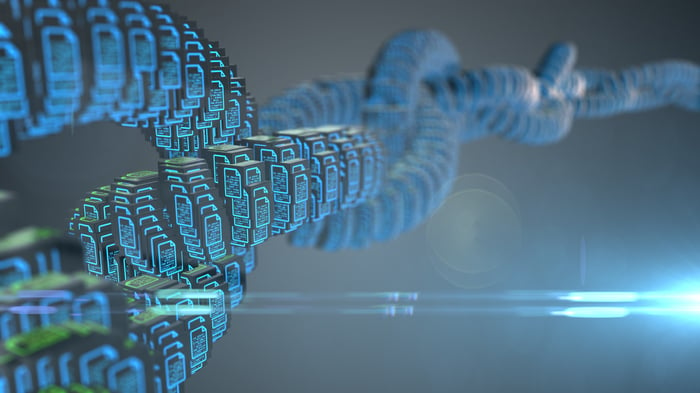 The first and most major issue I see with Ethereum is the massive fees it requires in order to use it. Many proponents of Ethereum say it is the decentralized finance (DeFi) supercomputer of the world. They claim it will liberate people all over the world and give them access to decentralized financial services. I agree that this is important for the cryptocurrency industry to do for the world, but I disagree that Etheruem is the platform that will do this. Not while it costs $20 to send ETH, $50 to send a custom token on Ethereum, and between $100-$200 to swap one token for another.

The high fees on Ethereum price out the individuals that Ethereum is supposed to help the most: those disenfranchised by financial systems who can’t afford local financial services. And they certainly cannot afford to use the DeFi platforms on Ethereum.

Three planned upgrades will help Ethereum scale, one of which has already been launched.

At the risk of making it sound oversimplified, the already-launched beacon chain upgrade will “coordinate” the second and third upgrade to ensure they are launched smoothly. All this effort is to move Ethereum from a proof of work (which is slower) to proof of stake (which requires users to put forth their own crypto holdings as collateral to verify future transactions) and is expected to improve the transaction throughput of Ethereum. Cardano, on the other hand, is already using proof of stake and can process many more transactions per second than Ethereum.

Sharding will also help with scalability by separating the chain’s main operations and consensus from all of the other transactions that take place on apps. Right now, everything takes place on a single chain, but after sharding, sub-chains will “report” transactions in batches to the beacon chain. This will, in theory, relieve bottlenecks on Ethereum and approve transactions quicker.

However, these upgrades have been in progress for the last four years with deadlines constantly pushed further into the future. To the credit of Ethereum developers, what they’re trying to do is extremely complicated and cutting edge. Some liken it to trying to upgrade an airplane while it is in flight. But I see these Ethereum upgrades not necessarily as benefits coming to the system later, but as technical risk moving forward. There are two risks here.

When I held Ethereum, I was happy with the way the project was progressing for a long time. But, contrary to what my all-in position on Bitcoin might have you believe, I consider myself to be somewhat risk averse. The technical risks I outlined above are simply too much for my risk tolerance.

If Ethereum demonstrates that it can have consistently low fees, and that it can successfully upgrade to be a proof of stake blockchain, then perhaps I will consider investing again. Until then, I’m betting that Cardano will outcompete Ethereum.

Why I think Cardano has a shot at competing with Ethereum

The functionality that Ethereum has largely pioneered is essential to bringing humanity into a future with more decentralized financial services. I have a lot of respect for the development tools, the innovation, and the experimentation that has taken place on Ethereum. At the same time, I recognize that all of this innovation is more easily expanded upon and incorporated into a more flexible project such as Cardano.

The development team behind Cardano has been building this feature for the better part of five years, making incremental and consistent improvements. They’re currently in the fourth stage of their development and haven’t had to push a deadline once by more than a few days. . What Ethereum has experimented with, tested, and incorporated can be introduced into Cardano more or less frictionlessly. This is because Ethereum is open source technology. Any app built on Ethereum can essentially be copied and pasted into other projects that know how to run Ethereum apps. Cardano is one of those projects.

Cardano just finished launching smart contracts on its platform which allows developers to build DeFi apps that directly compete with apps on Ethereum. Admittedly, total value locked (TVL) on Cardano pales in comparison to Ethereum ($100 million vs $117 billion). But as I pointed out before, the longer Ethereum takes to roll out lower fees, the longer projects like Cardano have to take market share from Ethereum. My investment hypothesis is that Cardano is a more accessible platform that is easier to use for beginners. With only about 4.5% of the worldwide population invested in cryptocurrencies, the bulk of new investment is still yet to come. I’m betting that new investors will choose Cardano over Ethereum.

In some ways, I am making a quality over quantity argument. Charles Hoskinson (founder of Cardano, and co-founder of Ethereum) recently told Lex Fridman on his podcast that  Input Output Hong Kong (IOHK — The organization responsible for building Cardano) is spending large amounts of time getting Cardano right. Ethereum, on the other hand, has felt more like a haphazard but worthwhile experiment in pioneering new technologies such as DeFi and NFTs.

Lastly, Cardano is going after a very specific cohort of the population first. They’re targeting cryptocurrency adoption on the continent of Africa, home to about 1.5 billion people, many of which are unbanked. The use cases that Cardano is focusing on deploying there are in the realms of usability, identity, accessibility, and interoperability. These reasons make it meaningful and compelling enough for me to take a position in Cardano in absence of any position in Ethereum.