San Francisco, CA, Feb. 24, 2022 (GLOBE NEWSWIRE) — Minswap, the community-focused decentralized exchange (DEX) being built natively on the Cardano blockchain, announced the official date for the launch of their Liquidity Bootstrapping event which will launch on 23rd of February and Mainnet launch on 8th March 2022.

Minswap, the community-focused decentralized exchange (DEX) being built natively on the Cardano blockchain, announced that before the DEX Mainnet Launch, they will have a Liquidity Bootstrapping Event (LBE) for the MIN/ADA pair starting 23rd February. 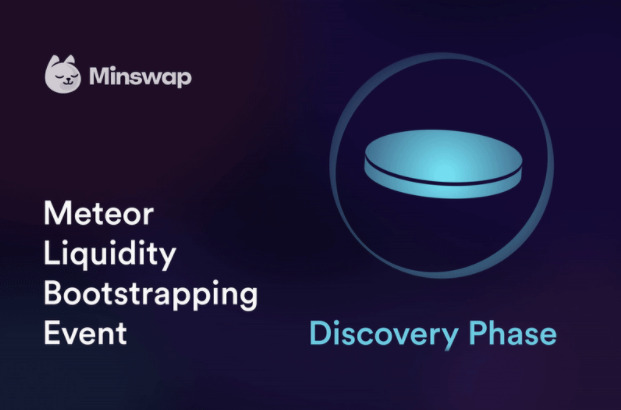 The LBE, for which 2% of total MIN tokens supply has been allocated, will go on from the 23rd of February 2022 to March 13th. MinSwap’s total token supply is 5 Billion MIN tokens and these 100 Million MIN will be taken from the DAO treasury.

How will the Minswap LBE work:

1. Discovery Phase – 23rd of Feb to 4th March – users can supply ADA to the LBE. The amount of ADA supplied by participants will determine the final ADA/MIN price.

ADA supplied to the LBE will turn into “purrADA” tokens (e.g 100 ADA = 100 purrADA). Users can swap purrADA back for ADA at any time. But, to prevent last-minute price manipulation, if you swap purrADA for ADA on the last 2 days (March 3nd & 4th), there will be a fee of 25%.

2. Encounter Phase – March 5th to March 13th – participants can turn in purrADA tokens for ADA/MIN Liquidity Pool tokens, representing their share of the ADA/MIN pool. So by supplying ADA, participants are swapping half that ADA for MIN, at the price that is fairly discovered at the end.

Meanwhile, on March 3rd – 4th, projects will be able to seed their token pairs. From March 5th to March 8th anyone can Provide Liquidity in these previously created pairs. March 8th will be the DEX mainnet launch! Then, anyone can swap, provide Liquidity and create pools.

MinSwap is the first DEX to apply this liquidity bootstrapping approach on Cardano. According to the Minswap Team’s article on medium, the event aims to achieve the following:

Minswap is a community-driven DEX in that it has no venture capital funding, making their tokens fairly distributed, and ensuring it’s the community of users that are maximally rewarded, not speculators and insiders. 78.5% of tokens will be distributed to the community, of which 70% are reserved to reward liquidity providers (LPs) through incentives.

For more information about Minswap:

You can follow Minswap on Medium and other channels below to keep up to date with the latest news!

The information provided in this release is not investment advice, financial advice or trading advice. It is recommended that you practice due diligence (including consultation with a professional financial advisor before investing or trading securities and cryptocurrency).