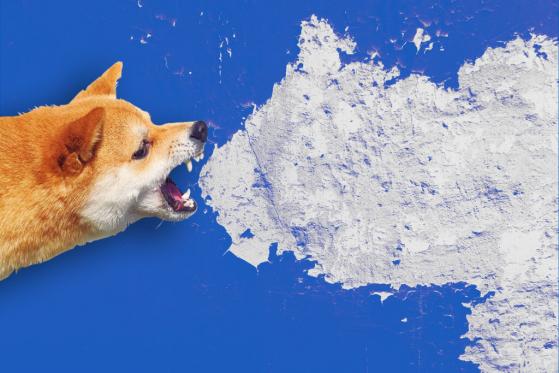 Since the start of 2022, the foundation has been on a roll, steadily building towards evolving the project and launching the Shibverse – a meme-themed metaverse.

On March 28th, the official SHIB Twitter (NYSE:) account tweeted to the ”ShibArmy,” teasing that a major announcement would soon be made. The @ShibToken tweet read;

ShibArmy, See, the world is full of things more powerful than us. But if you know how to catch a ride, you can go places.Stay tuned for March 30th.Woof!

Shiba Inu’s teaser sent its community into a frenzy, with the Shiba army sharing their expectations for the March 30th reveal. Many believe that the teased announcement is related to the development of the ‘Shibverse‘.

Massive Developments in the Shiba Community

The speculation was further fueled by the recent large-scale accumulation of SHIB tokens by Whales. Ethereum Whales accumulated over 200 billion Shiba Inu tokens worth nearly $5 million, bringing Ethereum Whale total SHIB token holdings to a worth of approximately $14.5 million USD.

Netcoins also announced that it had added support for five new coins, including Shiba Inu. It became the first publicly owned crypto trading platform in Canada to be fully regulated to support SHIB.

As Shiba Inu draws close to the launch of its metaverse, the project has also intensified the burning of SHIB tokens in a bid to increase its value. Over the last 24 hours, over 410 million SHIB tokens have been burned, bringing the total burned to over 2.3 billion in the last seven days.

Why You Should Care

Shiba Inu’s new drive to make developments has sparked renewed interest in the project, which is in turn predicted to catalyze an increase in the price of the SHIB token.

Shiba Inu Will Go to Zero According to New Finder Report

Can Akita Inu and Parody coin Produce the Next Crypto Millionaires Like Shiba Inu did?