There doesn’t seem to be much in the way of token-specific news driving the price of SHIB higher today, but the overall cryptocurrency market is enjoying a day of strong gains. Most top-100 cryptocurrencies have posted significant gains over the last day of trading, and Shiba Inu is participating in the bullish momentum. 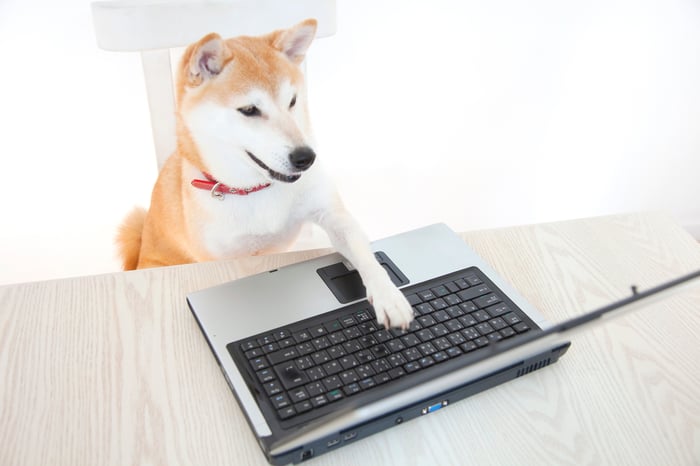 After some turbulent trading at the beginning of the year, the broader cryptocurrency market has enjoyed rebound momentum over much of the last month. Shiba Inu has benefited from the bullish trend, and its token price is up roughly 11.5% over the last week and 3% over the last 30 days as of this writing.

Shiba Inu now has a market capitalization of roughly $14.8 billion, and it ranks as the 15th-largest overall cryptocurrency by valuation. The meme token trades down roughly 69% from the pricing peak it hit on Oct. 28 last year, butit’s still up roughly 52,700% over the last twelve months.

Investors who bought the token a year ago and held on have seen absolutely stellar returns even with the price down big from its peak, but what comes next is difficult to predict. Some crypto enthusiasts are betting that new features and services related to the token could bolster its fundamental valuation case and help power another sustained bullish run, while others are simply banking on more meme magic.

The Shiba Inu team recently unveiled its own new metaverse, dubbed “SHIB: The Metaverse.” However, as it stands right now, it looks like Ether will be the primary currency for the virtual world. That may suggest that the upcoming metaverse won’t drive much bullish pricing momentum for Shiba Inu’s token, but it could still get a boost from other service integrations, increased adoption, positive momentum for the broader crypto space, or another bout of meme mania.